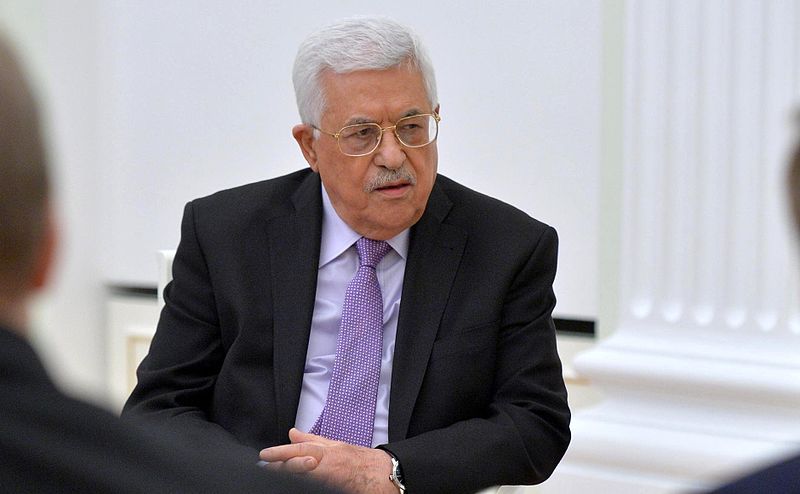 Kremlin.ru, CC BY 4.0 via Wikimedia Commons

A rare meeting of the Palestine Liberation Organisation’s Central Council held this week strengthened the position of Mahmoud Abbas and dropped further clues as to the long-standing president’s potential eventual successor.

Once seen as the key organisation in the Palestinians’ struggle for a state of their own, the PLO has had to play second fiddle to the PA since its formation in the mid-1990s. The PLO’s Central Council has not met since 2018. The 141-member council has the power to approve appointments to the PLO Executive Committee, under whose aegis the PA operates. This week’s meeting was boycotted by Hamas and Islamic Jihad, two Iranian-backed terror groups, which, although not PLO members were invited to send representatives, and also by the Popular Front for the Liberation of Palestine and the National Initiative. Critics charged Abbas with “hijacking” the PLO and seeking to concentrate power in his own hands.

Last month, Abbas entered the 17th year of his four-year term as president of the PA. While he has repeatedly scheduled and postponed presidential and legislative elections – most recently, last spring – the president is likely entering the final stretch of his time in office, giving new appointments at meetings such as this week’s added significance. The key winners at the Central Council meeting were:

Israeli media reports suggest that a number of potential successors to Abbas – including Fatah Central Committee secretary-general Jibril Rajoub; Mahmoud al-Aloul, the deputy chair of Fatah; imprisoned terrorist Marwan Barghouti; and Tawfik Tirawi, a former PA intelligence chief – have been angered by the promotion of Al-Sheikh and his close ally, Majed Faraj, head of the Palestinian General Intelligence Service. Over the past year, Abbas has sought to exclude Aloul and Rajoub from the decision-making process of the Ramallah leadership. “It seems that President Abbas has made up his mind,” a PLO official argued last month after Fatah’s nomination of Al-Sheikh to the PLO Executive Committee was confirmed. “These two men [Sheikh and Faraj] are today the most powerful figures in the Palestinian leadership after the president. When the president is gone, they will most likely become major players in the Palestinian arena. One will be in charge of civilian and political affairs, while the other will be responsible for security.”

Abbas used a speech to the Central Council on Sunday evening to both defend his recent meetings with Israeli leaders, while also criticising the ongoing impasse in the peace process.

…but “pay for slay” stays

The PA has reiterated its determination to continue paying salaries to prisoners held in Israeli jails for terrorist offences. “The president is continuing the battle over the pensions of the prisoners and martyrs. They will receive their daily bread,” Palestinian media reported PA presidential spokesperson Nabil Abu Rudeinah as saying. Despite international pressure – including from the Biden administration – the PA has repeatedly made clear that it won’t change course. In 2020, according to a senior PLO official, the PA paid out $187m in salaries to Palestinians imprisoned by Israel and the families of those killed carrying out terror attacks. In September, Abbas told the UN General Assembly: “Why should we have to clarify and justify providing assistance to families of prisoners and martyrs, who are the victims of the occupation and its oppressive policies?”

Away from the West Bank, Gazans have been taking part in unprecedented social media protests against Hamas, the Islamist terror group which staged a violent coup and seized power in the coastal enclave in 2007.

Despite its peripheral role in recent decades, the PLO is likely to come more to the forefront as those vying to succeed Abbas as president continue to jockey for position. While the ageing president’s commitment to security coordination with Israel remains crucial, his unpopularity and lack of political legitimacy means that Abbas is unlikely to make any bold changes – in terms of strategy and policy – as his time in office draws to a close.