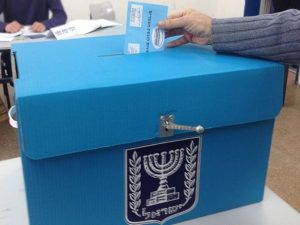 Voters in Israel go to the polls in two week’s time – for an unprecedented third time in less than one year, with many fearing that continued stalemate may even lead to further elections.

The general elections held in April and September last year saw both Benjamin Netanyahu and opposition leader Benny Gantz fail to assemble a coalition backed by a majority of the 120-member Knesset.

In April, Netanyahu believed that, as in the past, he would have the backing of the right-wing but fiercely secularist Yisrael Beitenu party led by former defence minister Avigdor Liberman. But Liberman refused to back the demand of Netanyahu’s ultra-Orthodox allies to water down a bill which would tighten the exemption of Haredi young men from performing national service. Without the support of both Liberman and the ultra-Orthodox parties, Netanyahu didn’t have the numbers to form a government.

Netanyahu’s failure triggered new elections in September, but these saw his position weaken – with Gantz’s Blue and White narrowly edging ahead in terms of seats won – and Liberman, once again, assuming the role of kingmaker. Liberman’s demand – that Blue and White and Likud form a unity government and shut the ultra-Orthodox from power – foundered, however on Gantz’s refusal to serve in government alongside Netanyahu while the prime minister remained under the threat of indictment on multiple corruption allegations.

Since new elections were called late last year, Netanyahu – previously hailed as “King Bibi” by his supporters for his election-winning prowess – has seen his position deteriorate further. In November, he was formally charged with bribery, fraud and breach of trust. Moreover, the prime minister did not received the hoped-for bounce in the polls following the publication of Donald Trump’s peace plan last month, which had clearly been designed to offer Netanyahu a much-needed political fillip.

Current polls show that Blue and White has marginally increased its lead over Likud, with the latest survey showing it on 35 seats, up two on September, with Netanyahu’s party stalled on 32 seats. Gantz is, moreover, closing the gap with Netanyahu on who is more qualified to serve as prime minister, now trailing him by only 43-40 percent.

Although he may be down, Netanyahu is by no means yet out, with his coalition of right-wing and religious parties collectively winning 56 seats to the centre-left-Arab bloc on 57 (although a poll last week suggested Gantz was only two seats short of the 61 MKs he needs to form a government with Netanyahu’s bloc trailing by 59-53).

Netanyahu also appears to be maintaining the loyalty of his allies. On Sunday, the pro-settler Yamina party and the ultra-Orthodox United Torah Judaism and Shas parties renewed their pledge to back the prime minister.

“We’ll only support Netanyahu. We are convinced that the right-wing bloc will succeed in getting 61 seats in the elections and assembling a strong nationalist government for the people of Israel,” their leaders stated in a letter to voters.

While their support was not sufficient after September’s elections to allow Netanyahu to form a government, the cohesion of the bloc also prevented Gantz from doing so.

The opposition leader, however, was dismissive of the pledge, saying it was “not worth the paper it’s written on”. “If Blue and White wins by a large margin of seats, the bloc[k] of ice will melt through his [Netanyahu’s] fingers,” Gantz said during a campaign stop.

At the same time, the path to Gantz winning over Liberman – who had previously insisted he would only go into government with both Likud and Blue and White – appears to have cleared since last year’s coalition talks. The Yisraeli Beitenu leader has stated both that “the Netanyahu era” is over, cast doubt on the loyalty pledges of the right-wing parties, and said he would join an administration led by Gantz. Liberman also appeared to soften his previous vow not to sit in government with the left-wing Meretz party. The party’s merger with Labor, he said, “makes it much easier”.

Among the opposition parties there remain, however, differences over the question of any potential role played by the Joint List, the coalition of Arab-Israeli parties. Most of its MKs backed Gantz’s bid to become prime minister after the September elections. That marked the first time since they supported Yitzhak Rabin in 1992 that the Arab-Israeli parties have been willing to give a recommendation to the president.

But relations between Gantz and the Joint List have soured since the publication of Trump’s peace initiative. Its leaders have condemned his qualified support for the plan and said they will not support him to become prime minister unless he rejects the proposals. (Gantz has already repudiated Trump’s suggestion that the overwhelmingly Arab “Triangle” of towns and cities could be transferred from Israel to a future Palestine state).

Gantz has said he won’t ask the Joint List to participate in his government. (Arab-Israeli parties have never sat in an Israeli government, although they have provided a form of confidence and supply to previous Labor administrations). Liberman and the Arab-Israeli parties have similarly said they won’t sit in government with one another. Observers have, though, noted the very precise formulation of the Joint List leader, Ayman Odeh, that his MKs “will not support” a government in which Liberman is a member, which leaves open the door to the coalition abstaining or being absent from the Knesset plenum when the vote is taken.

Labor leader Amir Peretz, by contrast, has suggested “our party will be part of the next government even if it is supported by the Arab parties. We have no reason to rule out populations in Israel.”

Labor’s political position is, however, likely to come under heavy pressure with reports that Blue and White is intending to target its voters in the closing stages of the campaign. The move is believed to be designed to increase Blue and White’s lead in seats over Likud, thus strengthening Gantz’s bargaining power in future coalition talks.

Labor has, however, branded the strategy counterproductive. “It doesn’t matter how many more seats Kahol Lavan has than Likud,” Peretz said. “What matters is the size of the bloc, and Kahol Lavan would be better off investing efforts in gaining new votes from the right, because our seats will be key in the bloc that replaces Netanyahu and his policies.”

Labor is attempting to fight off any attempt to cannibalise its support, drive up turnout and win back voters who defected to Gantz by emphasising its social and economic policies.

Gantz is, moreover, also trying to woo undecided centre-right voters, in particular pushing policies likely to appeal to Liberman’s secular-minded supporters. He has also vowed that – even if they end up in his government – the ultra-Orthodox parties would be very much junior partners.

Netanyahu’s Likud meanwhile continues to stoke anti-Arab sentiment by insisting that Gantz will have to rely on the support of the Joint List if he’s to form a government. The Joint List, in turn, continues to tout its belief that it can increase its tally of seats from 13 in September to 15 or even 16.

But, for all the maneuvering between parties as election day approaches, most Israelis remain unconvinced that they won’t be forced to participate in the same process once again within months. Asked in a recent poll which government they thought would be formed after 2 March, nearly half said they thought there would be knew elections or didn’t know, and 40 percent said they thought the odds of a fourth election was high.