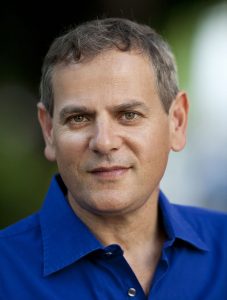 The Israeli Labor party and Meretz have announced a joint run in March’s general election. The deal agreed on Monday marks a landmark coming together of the Israeli left – although one driven by fear that they risked being shut out of the Knesset unless they teamed up.

The move had been fiercely resisted by Labor leader Amir Peretz but he had come under intense pressure from fellow MKs who feared the party might not cross the 3.25 percent popular vote threshold required to win seats in the Israeli parliament.

“This is a significant move for the 2020 election, which will ensure the ability to form a government of change and hope,” Peretz and Meretz leader Nitzan Horowitz said in a statement. They vowed that the new alliance would represent the “social heart and diplomatic compass for the next government after the end of the Netanyahu era”. That pledge underlined their recognition that any new government replacing Netanyahu would be led not by the once-mighty Labor party but by the centrist Blue and White party of former IDF chief Benny Gantz.

Peretz had indeed last week pushed a wider alliance bringing together Blue and White, Labor and Meretz. He resisted a deal with Meretz prior to September’s elections, fearing that a link-up with the left-wing party might repel more moderate voters from backing Labor. Peretz has previously argued that, standing together, the two parties could potentially win a lower combined haul of Knesset seats than were they able to attain if they ran as separate entities.

However, Gantz rebuffed Peretz’s overture – Blue and White is itself an amalgam of centrist parties and already has four co-leaders – forcing the Labor leader into a pact with Meretz alone.

Peretz’s task was made more complicated by his decision prior to the September poll to ally Labor with Orly Levy-Abekasis Gesher party (pictured above with Peretz and Gantz). Levy-Abekasis – the daughter of the former long-serving Likud foreign minister David Levy – hails originally from the right but backs left-wing socio-economic policies. The two parties had hoped that, together, they could appeal to working-class Mizrahi voters who have been a mainstay of Benjamin Netanyahu’s series of election victories. That hope, however, failed to materialise and Labor-Gesher won six seats, equalling their total in February’s election, when the party registered its worst-ever performance at the polls.

Levy-Abekasis had been hostile to an alliance with Meretz, but eventually gave way, saying, in reference to Peretz, “sometimes you need to consider your partner is who facing immense pressure”.

The Labor-Meretz joint slate will be headed by Peretz with Levy-Abekasis in second place and Horowitz third. Itzik Schmuli, who contested Peretz for the Labor leadership this summer, secured fifth place. Former IDF deputy chief of staff Yair Golan, whose Israel Democratic party allied with Meretz in September’s election under the umbrella of the Democratic Camp, won seventh place on the list.

There is, however, currently no place for Stav Shaffir. The former Labor MK and leadership candidate was placed second in the Democratic Camp list in September. Shaffir, a long-standing proponent of greater unity on the left, likened her absence to “an attempted political hit job”. She said she was “happy about this union, I’ve fought for a year for this union… but I’m upset that this alliance may not bring the utmost voters it could due to score-settling between politicians.”

Indeed, even from among those inside the new left-wing tent there were mixed reactions. While Meretz MK Illan Gilon tweeted: “Zionism, socialism and fraternity are back on the map, big-time”, Schmuli said the decision to form the alliance had not been easy for Labor. He said the move was a “sober” one and “required by circumstances”. He also emphasised that it was a “technical bloc”, rather than a full-blown merger, and that, like the Democratic Camp had, the constituent parties could potentially go their separate ways after the elections.

The alliance was, however, welcomed by the left-wing Haaretz newpaper which argued in an editorial: “This hookup between the two parties of the Zionist left is dictated by reality, because in a situation where the two political blocs are essentially tied, we can’t risk that one of the left-wing parties – or worse, both – fails to reach the Knesset, thus throwing precious votes in the trash. When compared to the right-wing alternative, the ideological differences between the Labor-Gesher joint ticket and Meretz are negligible.”

The agreement was also welcomed by Gantz. Blue and White officials reportedly “exerted heavy pressure” on Peretz to do a deal with Meretz, presenting the Labor leader with polling which suggested that his party might not clear the electoral threshold if it ran alone. Gantz, of course, needs all his potential allies in the centre-left bloc to get into the Knesset if he is to oust Netanyahu in March.

The political dynamic between Labor, Meretz and Blue and White is indeed a complex one. Gantz’s strong performance in the opinion polls since he entered politics last December – demonstrated in the two elections of 2019 – has established him as the principal rival to Netanyahu and the premier choice for Israeli voters desperate to eject the prime minister from office. In April, he managed to successfully “cannibalise” the Labor and Meretz vote, reducing them to six and four seats respectively and a combined nine percent of the national vote (by contrast, at the 2015 election, they received a combined share of 22.6 percent of the vote and 29 seats in the Knesset). Indeed, Blue and White swept not only left-leaning cities such as Tel Aviv and Haifa, but even won 50 percent of the kibbutz vote – once a bedrock Labor constituency – in September’s election (as against 16 percent for Labor and 10 percent for the Democratic Camp).

However, as Ravit Hecht argued in a Haaretz magazine feature last weekend, despite the party’s strong performance in 2015, the public began to desert Labor and Meretz long before the rise of Gantz. In 2009, for instance, the centrist Kadima party of former foreign minister Tzipi Livni managed to sideline Labor, reducing it to 13 seats and under 10 percent of the vote, while Meretz won just three seats and 3.3 percent of the vote.

As one of its former MKs, Aylet Nahmias-Verbin, suggested  Labor has suffered from “delegitimisation by both the right and the left”. Israel, she argued, is a centrist nation, but the left has failed to occupy that ground. “What happened on the left is that everyone who espoused centrist views was expelled from the camp,” she noted. Referring to the dovish views on the Middle East conflict of many on the left, Nahmias-Verbin said: “The people who expect to talk with our bitterest enemies aren’t willing to have any relationship whatsoever with the other side [of the political spectrum].”

But the two parties do not just need to beware of the loss of centrist voters. Professor Camil Fuchs believes that the support of Israeli-Arabs has been worth more than one member of the Knesset to Labor and Meretz in previous elections. That is potentially imperilled by the Joint List’s rise in the polls, with its gains likely to come at the Zionist left parties’ expense.

While Peretz deemed the alliance with Meretz the “the difference-maker in the 2020 vote”, early indications do not support that optimism. According to a poll released this week by Channel 12 poll, they will receive nine seats as a joint list  on 2 March – the same as their combined share when they ran separately in September. Overall, the poll showed Blue and White widening its lead over Likud, with 34 seats to Netanyahu’s 31. However, like other polls, it also indicated continuing deadlock with the centre-left bloc winning 56 seats and the prime minister’s right-wing and religious allies 57 seats. Such a result would – as it did in April and September last year – leave maverick right-winger and Netanyahu critic Avigdor Liberman as the kingmaker. His Yisrael Beitenu party is projected to fall slightly from eight in September to seven seats, but still retain the balance of power.

Ahead of the midnight Wednesday deadline for parties to finalise their electoral lists, there has also been manoeuvring on the right of the political spectrum. In recent weeks, Netanyahu has been encouraging the New Right, Jewish Home, National Union and the far-right Otzma Yehudit to present a united slate of right-wing, national religious parties in order to avoid a scenario in which one or more of them parties fail to cross the electoral threshold, thus weakening his ability to assemble a coalition. With former justice minister Ayelet Shaked as its head, the New Right, Jewish Home and National Union, ran under the joint banner of Yamina and secured seven seats in April. On Monday defence minister Naftali Bennett’s New Right party sealed an agreement with the National Union. However, the Jewish Home currently remains outside the newly formed alliance. It came to its own agreement last month to run with Otzma Yehudit, but, while willing to strike a deal with Jewish Home (of which he was once a leading figure), Bennett is believed to be resisting any agreement with the far-right party.

When the deal-making and alliance-brokering on left and right ends this week, however, a simple fact remains. As Anshel Pfeffer of Haaretz put it on Sunday: “The intra-party machinations may have some influence on the ultimate results, but they won’t change the campaign’s dynamics. Once the party slates are locked, Israel will settle back into the old and depressing dichotomy of being either for Bibi or against him.”