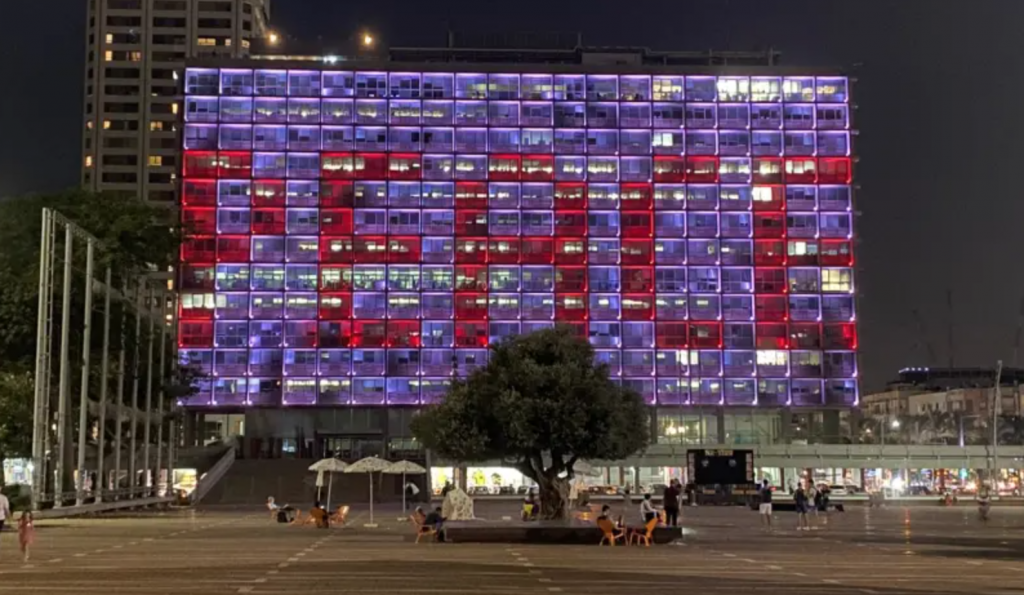 In the third announcement of its kind in as many weeks, the Israeli and Bahraini Governments announced the normalising of relations. This follows a similar agreement between Israel and the United Arab Emirates, and two Balkan states.

Israeli Prime Minister Netanyahu traveled to Washington DC for a four day trip to be part of the signing. At 5pm UK time yesterday – Tuesday 15 September – there were three separate signings with Netenyahu, the UAE’s Foreign Minister Sheikh Abdullah bin Zayed Al Nahyan and Bahrain’s Foreign Minister Dr. Abdullatif bin Rashid Al-Zayan. First, a peace treaty with the UAE; second, a declaration of peace with Bahrain; third, an identical agreement to be signed between all parties – dubbed by the White House as “The Abraham Accord”. US president Donald Trump will signed the latter as a “witness”.

The UAE and Bahrain are the third and four Arab countries, respectively, to recognise the Jewish state – Jordan was the last to agree in 1994, 26 years ago. The first, with Egypt, was in 1979. The agreement has been welcomed by Oman and infuriated Iran – whose foreign ministry condemned the pact as ‘strategic idiocy’.

LFI welcomed the development saying, “We warmly welcome the agreement between Israel and Bahrain to establish diplomatic relations, another historic step forward in the Middle East. We hope it will lead to a renewed peace process between Israel, the Palestinians and Arab states.”

Bahrain gained independence from the United Kingdom in 1971, but retains strong royal, diplomatic, economic and cultural ties . The UK is one of only four European counties with an embassy in Manama and in 2016 celebrated 200 years of close relations. In 2018, the UK open a new military base in Mina Salman – the first in the region in nearly 50 years.

For Bahrain the agreement comes at a difficult time domestically, with coronavirus hitting an economy already suffering from falling oil and gas prices. In the first half of 2020 Bahraini state revenue fell 29 percent, oil revenue fell 35 percent, and a planned push into tourism has come to nothing. The Israeli agreement helps Bahrain develop its aim of becoming a financial technology capital of the region, hoping to build ties with Israel’s renowned technology industry. Friend of LFI and former Labor leader-turned-chair of The Jewish Agency for Israel, Isaac Herzog, has announced educational and cultural assistance to Bahrain’s Jewish community, following the normalisation of political ties.

Israel finds itself in a similar situation as a national lockdown is imposed. Netenyahu has been criticised at home for travelling to the US capital when the situation with Covid-19 is so dire. Yaakov Katz, Editor-in-Chief of the Jerusalem Post, said on Twitter: “A leader doesn’t leave for so long when soldiers are still on the battlefield.”

Who should take the credit?

US President Donald Trump trumpeted his role in getting the deals over the line, not least the quick succession of progress that seems to be made. The White House believes agreements are a valuable political tool demonstrating Trump’s success overseas and as an ally for Israel less than two months from the Presidential election where he is polling behind Democratic challenger Joe Biden.

However, work has been going on behind the scenes for years. Israel Hayom is reporting that former British Prime Minister Tony Blair played a key role bringing the agreement together. Since stepping down as the Quartet Representative for the Middle East, Blair has continued private initiatives to foster good relations between Israel and Arab nations. His then central London office was used for the first meeting of junior ministers in the Israeli and Emirati governments. Everyone involved will see Israel’s decision to halt plans to annex the West Bank as vindication of the new approach engineered by the former Labour Prime Minister.

At the signing, Trump said “at least five or six” other countries are likely to normalise relations with Israel in the near future. Netanyahu repeated the claim saying he was ‘lining up more and more countries’ to sign peace agreements.

Oman sent their ambassador to the signing and have welcomed the news of normalising relations, fuelling speculation it will be next to formalise ties to the Jewish state. In a first of its kind, Saudi Arabia allowed the first official flight from Tel Aviv to Abu Dhabi to cross Saudi Arabian airspace, historically blocked to Israeli air traffic. It later announced permanent overfly rights for aircraft between Israel and the UAE.

In their statement announcing the agreement Bahraini authorities emphasised the importance of a two state solution with the creation of a Palestinian state. The UEA said cancelling the annexation of the West Bank was a condition of signing. But Palestinian Prime Minister Mohammad Shtayyeh describing the announcement as “a dark day in the history of the Arab nation and of the Arab League”. The reaction from the Palestinian public appears less fervent, with left wing Israeli newspaper Haaretz reporting that they “responded tepidly to the call by various groups to demonstrate against Israel’s deals with the UAE and Bahrain on Tuesday, with only a few dozen people participating in what was supposed to be the main event in central Ramallah.”

Shortly after the signing two rockets were launched from Hamas-run Gaza at southern Israeli cities. The Israeli army struck military targets in northern and central Gaza in response. A political Hamas official claimed that “the fact that no organisation claimed responsibility for the shooting… shows there’s no intention to escalate [tensions].”

As the winds of change blow through the Middle East, the terror attacks serve as a dangerous reminder, if one were needed, that there are those in the region with absolutely no interest in peace and every desire to prolong conflict.