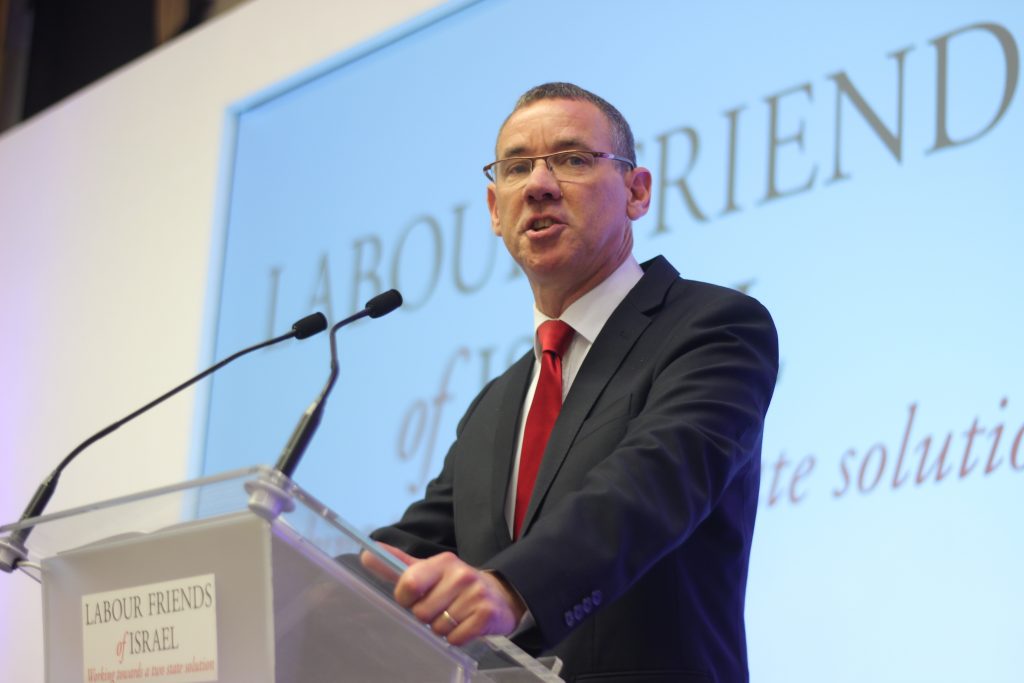 Remarks by the Ambassador of Israel, HE Mark Regev. Check against delivery.

And a very special thanks to Sir David and Isaac for helping bring us together today.

We gather in a year in which Labour members can celebrate not one, but two seventieth anniversaries.

And I know this may come as a surprise to some,

Is the seventieth anniversary of the State of Israel.

A state whose rebirth Labour supported from 1917 in its War Aims Memorandum.

A Zionist policy that was endorsed and re-endorsed by numerous Labour conferences,

Not least the one held in this very building in 1944, which proclaimed:

“There is surely no hope nor meaning in a Jewish national home” unless a Jewish state is to be established.

The second anniversary worthy of our celebration is, of course, the seventieth birthday of Britain’s NHS,

An institution created by one man in particular:

A man who was every bit a proud socialist, as he was a proud Zionist.

Bevan wrote passionately of his first visit to Israel,

During which he reached two important conclusions.

To achieve peace, there is no substitute for direct negotiations.

Or, in his words:

‘The Big Powers and the UN should do their utmost to bring Israel and the Arabs together for direct talks.’

Just as Bevan called out the Arab states who opposed direct negotiations then,

We should call out those who are undermining direct negotiations now:

Whether it be a Palestinian leadership that refuses to sit down and talk with Israel,

Or those in the party of Nye Bevan, who today tell the Palestinians they can have a state without negotiating with my country at all,

And just as Bevan opposed those who demanded an arms boycott of Israel then,

When the Arab states threatened to destroy the fledgling Jewish state,

We should oppose those in the party of Bevan who are calling for exactly such a boycott now:

When Israel is facing the aggression of Iran, Hamas, and Hezbollah,

And when the intelligence and security cooperation between our two democracies is helping to save British lives.

Bevan also foresaw a great opportunity for countries once hostile to Israel to build ties with the Jewish state.

And I quote once again:

‘The Arabs watch enviously the rising standards of Israel’ with whom cooperation would ‘work wonders’.

And I am proud to report to you that this part of Bevan’s vision is indeed coming true.

Israel is cooperating with more Arab and Muslim countries than ever before.

Just this past weekend, my Prime Minister welcomed to Jerusalem the President of Chad,

The first ever such visit by the leader of that Muslim-majority country.

A country with which we have never had formal diplomatic relations.

And if you promise to keep this between all of us,

I wouldn’t be surprised to see a visit by my Prime Minister to another Gulf country in the not too distant future.

This progress should give us all cause for optimism,

And it should strengthen our resolve to stand by our principles,

To stand by Nye Bevan’s principles.

And today, I want to pay tribute to one woman who has devoted her time in public life to doing exactly that.

I speak, of course, of the newly knighted Dame Louise Ellman.

Dame Louise, we have met countless times over the years.

You have never shied away from difficult discussions,

Nor have you faltered in your friendship of the Jewish state.

For that, I admire you.

We all admire you.

And it is now my honour to present to you, as a token of our appreciation,

In recognition of your efforts,