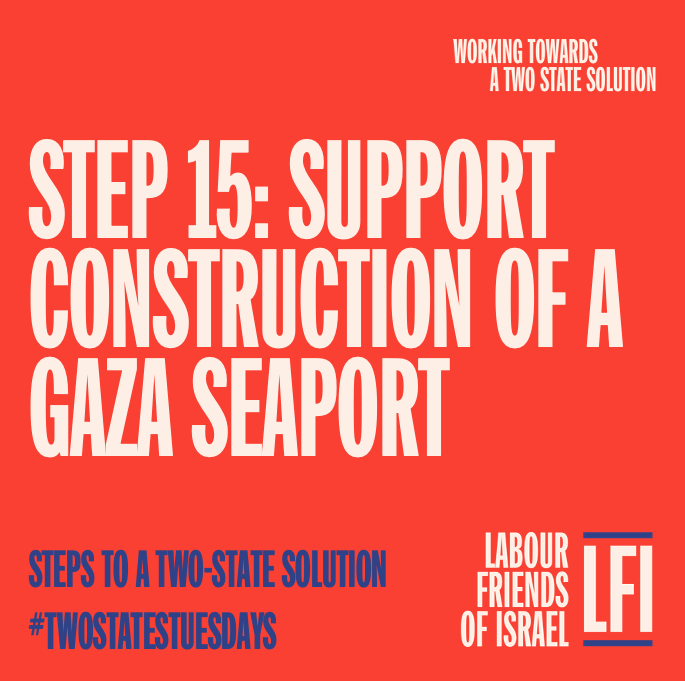 In the wake of the 2014 Gaza war, Labor MK Omer Barlev – who now serves as public security minister in the Israeli government – presented a comprehensive strategy to effectively end Gaza’s international isolation without compromising Israel’s security. One of its key proposals was for a Gaza seaport – a proposal first included in the Oslo Accords – to ease imports and exports. (Israel will not accept Hamas’ proposal for a port built on the Gaza coast itself because of legitimate fears the terror group will use it to smuggle weapons). Since Barlev’s plan was published, a range of other plans – including from Israeli government ministers – have been floated. These include building a seaport on an artificial island off of the Gaza coast and building an autonomous Palestinian port in Sinai close to the Gazan border.

Israeli security experts have also proposed a number of options to significantly reduce the security risk for Israel, including the use of an external port, for example in Cyprus, for unloading large cargo ships for inspection and reloading onto smaller ships capable of docking at Gaza and the operation of a floating checkpoint away from the shore, or connected to the shore via a bridge.

A Gaza Seaport That Doesn’t Endanger Israel? Not a Pipe Dream With This Expert’s Plan: https://www.haaretz.com/middle-east-news/palestinians/.premium-a-seaport-for-gaza-not-a-pipe-dream-with-this-plan-1.5455010