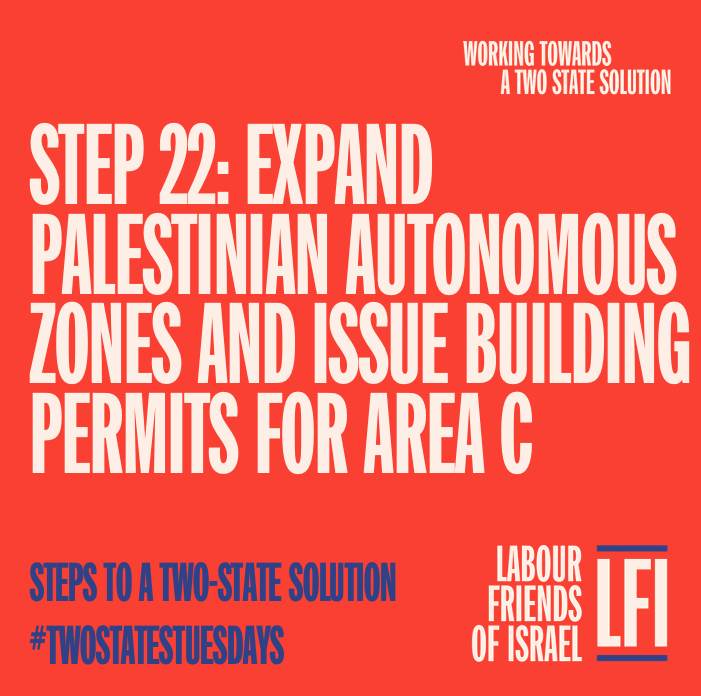 The Oslo Accords established three zones – Areas A, B and C – in the West Bank. In Area A, the Palestinian Authority exercises both political and military authority. Although comprising only 18 percent of the landmass of the West Bank, it includes all of its major towns – including Ramallah, Jenin and Bethlehem – and the land in their immediate vicinity (with the partial exception of Hebron, 80% of which is classed as Area A). In Area B, which covers roughly 22 percent of the West Bank, Israel and the PA share jurisdiction, with Israel retaining, in coordination with the PA, security control and the PA in charge of Palestinian public order and civil affairs. In Area C, which covers the remaining territory, Israel has full control over civil affairs, security and public order, although the PA is responsible for civil affairs relating to Palestinian residents. Although sparsely populated, Area C includes all Israeli settlers in the West Bank, as well as IDF military installations, and only a minimal number of Palestinians. In all, approximately three million Palestinians live in the West Bank, with more than 90% living in Areas A and B.

However, while the Palestinian population has inevitably grown since the 1990s, Areas A and B have not. As Micah Goodman has argued: “The Palestinian autonomous zones are too small for the population, and cannot accommodate its current rate of growth.” The most obvious and tragic consequence can be seen in the building of Palestinian homes in Area C, which, deemed illegal by the Israeli authorities, are then subject to demolition orders.

Israel should take two steps to address this situation. First, Israel should exercise its power to issue building permits to Palestinian residents of Area C. Second, as the Israeli group Commanders for Israel’s Security has suggested, there should be a phased transfer of some 617 sq km of Area C – just over 10 percent of the West Bank’s territory – to Area B. This territory, adjacent to Areas A and B, would improve Palestinian territorial contiguity and make it far easier for new Palestinian homes to be built, subject to the jurisdiction and planning regulations of the PA.

West Bank Areas A, B and C – How Did They Come into Being?