This afternoon in Parliament, LFI launched its new campaign to increase funding of coexistence projects entitled ‘For Israel, For Palestine, For Peace’. The campaign aims to persuade the British government to support the creation of an International Fund for Israeli-Palestinian Peace; a fund designed by the Alliance for Middle East Peace to boost spending on coexistence work.

The Parliamentary Launch was packed out with MPs, Peers, supporters and activists who heard first hand why supporting coexistence is so important. 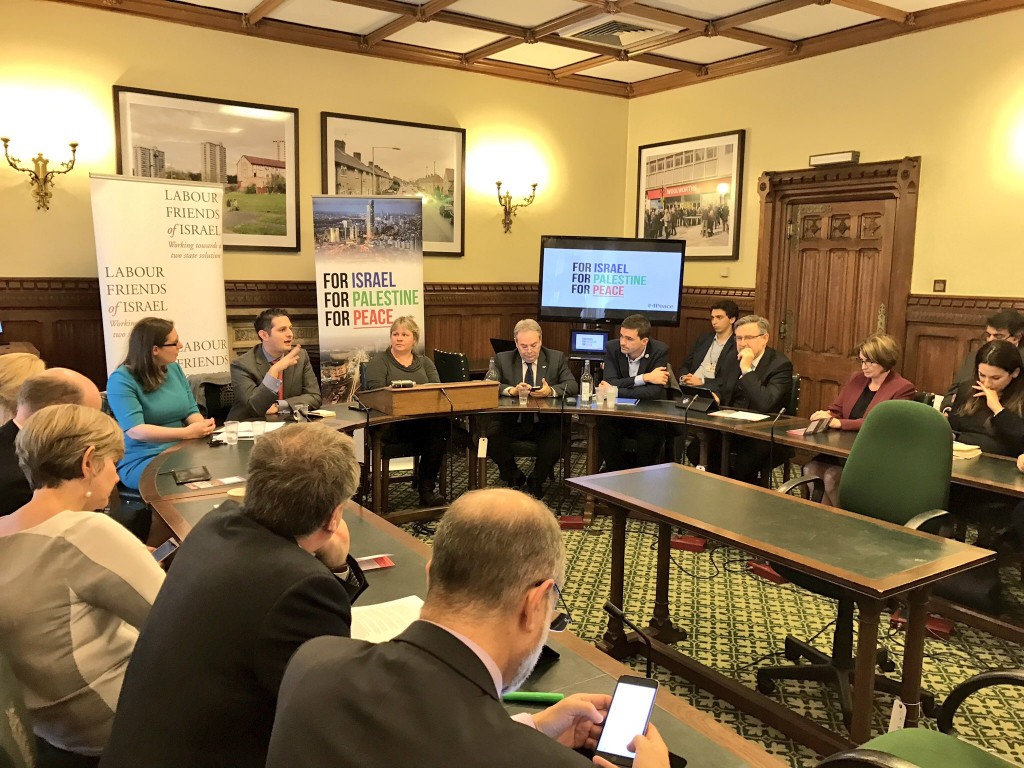 Currently, Britain’s international development spending on coexistence is pitiful, so we want to see the government increase it from the current level of approximately £150,000 to £1.35m – this is a rough approximation of the UK’s share of the $50m that Europe would be expected to contribute to the fund. The other three-quarters would come from the US, the rest of the international community (including the Arab world), and private foundations and individuals.

The fund is not intended to replace support that would otherwise be provided directly either to the Palestinian Authority or to Israel.

“LFI has always been an advocate of co-existence work and that is why we are delighted to launch our campaign for an International Fund for Israeli-Palestinian Peace. Projects that bring ordinary Israelis and Palestinians together are absolutely essential for a lasting peace in the middle east, and we in Britain must do everything we can to support them.

“The fact DfID currently spends less than £150,000 on people-to-people projects is pitiful. That’s why we’re calling for the government to substantially increase its spending on coexistence projects and commit to supporting the international effort to establish the International Fund for Israeli-Palestinian Peace. Now more than ever, it’s vital that the government supports the work on the ground that will lay the foundations for a two-state solution.”

To find out more about the campaign, please visit www.lfi.org.uk/campaigns