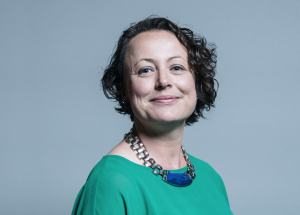 Labour Friends of Israel vice-chair Cat McKinnell MP has written for The House. Click here to read the original.

By setting up an International Fund for Israeli-Palestinian Peace, we can help create the conditions for lasting peace in the region.

The roots of the tragic and heart-breaking upsurge in violence in Israel-Palestine are deeply complex and highly contested.

Ultimately, however, there is only one route to a lasting peace which can bring this decades-long conflict to a close: the resumption of a political process between Israel and the Palestinian Authority and the negotiation of a two-state solution.

That solution – with Israel safe, secure and recognised within its borders living alongside a democratic, independent Palestinian state – grants both Israelis and Palestinians their legitimate right to self-determination and to live free from fear and violence.

Today, the prospects of a two-state solution appear more distant than ever – the result of the lack of strong, courageous and imaginative political leadership in both Israel and Palestine. Only the Israeli government and Palestinian Authority, after all, can make the difficult compromises and concessions which underpins any successful effort to resolve a long-running international dispute, especially one where there have been so many years of bloodshed, hurt and suffering on both sides.

But this should not be an excuse for inaction by the international community, especially when the current violence subsides and the gaze of the media moves elsewhere. Instead, it should look to the example of Northern Ireland where the conflict, although very different from that in Israel-Palestine, once appeared equally intractable.

In 1985 – more than a decade before the Good Friday Agreement and during some of The Troubles’ darkest days – the international community established the International Fund for Ireland. Backed by funding from, among others, the US, Britain and the Commonwealth, its mission was to invest in peacebuilding work.

More than 6,000 people-to-people projects were eventually established – a huge undertaking in a population which then stood at just over 1.5 million. These projects thus provided the civic society foundations upon which the Good Friday Agreement was later built, opening up new space for politicians, and helping establish a reservoir of public support in both the Unionist and Nationalist communities which has sustained peace in Northern Ireland through multiple ups and downs over the past two decades. As Britain’s chief negotiator, Jonathan Powell, later said, the International Fund for Ireland was “the great unsung hero” of the peace process.

Sadly, however, despite the hopes engendered by the Oslo Accords, there was no similar-scale investment in peacebuilding work in the Middle East. Indeed, while the International Fund for Ireland has invested $44 per person per year, this compares to only around $2 per person per year in Israel and Palestine.

This disparity is why, for the past five years, Labour Friends of Israel has led the campaign in Britain for the establishment of an International Fund for Israeli-Palestinian Peace. Designed by the Alliance for Middle East Peace, a network of Palestinian and Israeli peacebuilders, it aims to invest $200m annually in people-to-people work in Israel-Palestine.

As anybody who has had the privilege to visit one knows, the peace-building projects currently operating in Israel-Palestine – which range from sport and summer clubs to tech training and environmental programmes – do inspiring work. There is also a growing body of research evidence that these programmes can have a transformative impact: significantly improving Israeli and Palestinian participants’ attitudes to one other and leading to higher levels of trust and cooperation, more “conflict resolution values”, and less aggression and loneliness.

However, at their current scale, they cannot achieve the broader results needed to have the kind of effect the International Fund for Ireland achieved. ALLMEP’s fund would thus scale-up and incentivise the further development of these programmes, enabling them to achieve national and institutionalised levels of reach and impact, transforming both attitudes and people’s lives within and between each society.

Nor is an International Fund for Israeli-Palestinian Peace some pie in the sky aspiration. In December, the US Congress passed the Middle East Partnership for Peace Act with strong bipartisan support. It will invest $250m over the next five years in peace-building work – the largest such investment ever – and the legislation is designed to evolve in a multinational direction if other countries wish to participate. Indeed, it specifically creates seats on its board which are reserved for foreign governments or other international actors.

Six months ago, I held a debate in parliament in support of an International Fund for Israeli-Palestinian Peace. There was backing from MPs on all sides of the House for the idea. Ministers, who endorsed the concept of the fund in 2018, pledged to examine the feasibility of Britain directly participating in the newly created US institution.

Thus far, it appears, however, that the government – which last year ceased funding Britain’s own small-scale investment in peacebuilding work, the People for Peaceful Change programme – is not yet prepared to turn rhetorical support into real engagement.

Given the terrible scenes we have witnessed in Israel and Gaza over the past 10 days, I urge the Prime Minister to use next month’s G7 summit in Cornwall as an opportunity to adopt a more imaginative and proactive approach. The new US legislation – and President Biden’s own strong commitment to multilateralism – could provide a platform to galvanise support for an international fund at this most pressing of times.