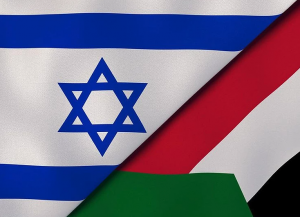 Labour Friends of Israel director Michael Rubin has written the below article for the Labour Foreign Policy Group. Click here to read the original.

In the months since President Biden’s inauguration, we’ve already begun to see the difference in his administration’s approach to international affairs. “America First” is out, multilateral engagement is in. Biden is clear that there is “a battle between the utility of democracies in the 21st century and autocracies,” and that “there’s a lot of autocrats in the world who think the reason why they are going to win is democracies can’t reach consensus any longer.” We’ve seen the trans-Atlantic alliance renewed, an unequivocal commitment to NATO, and a clear stance against the threat from Russia and China.

Nowhere can the need for a joined-up approach be seen more urgently than with Iran. President Trump’s reckless decision to unilaterally withdraw from the Iranian nuclear agreement with no alternative plan in place has comprehensively failed. According to international reports, Iran is closer today to developing nuclear weapons than it was three years ago. Biden’s desire to build a “stronger and longer” agreement, which not only tackles the theocracy’s nuclear ambitions but also addresses its ballistic missile programme and support for terror groups across the region, will be an important opportunity to demonstrate that multilateral engagement is a far more powerful tool than policy by tweet.

In a sign of Labour’s return to progressive foreign policy thinking, it was deeply encouraging to see the frontbench offer full support for the need to comprehensively tackle Iran’s destabilising activities and abject human rights record. The UK Government must now seize the opportunity offered by Biden’s approach to put in place an agreement which addresses the threats posed by the Iranian government across the region and stands in support of the people of Iran themselves.

Labour’s new approach is a sharp contrast to the recent past and a return to the internationalist tradition and principles of the Attlee, Wilson and Blair-Brown governments. In the eyes of its new leadership, the world is no longer viewed through the crude Manichean lens of ‘anti-imperialism’. This simplistic and dangerous world view led to inexcusable decisions, for example when the Labour frontbench failed to offer its support and solidarity to the Iranian protest movement in 2018-19, which was met with the regime’s characteristic response of brutality and bloodshed. Instead, Labour is now recognising the world’s complexities and speaking up with consistency about the vast human rights violations occurring across the Middle East.

This has created the space for the party to move away from focusing obsessively on the world’s only Jewish state, allowing it to respond to the political situation across the Middle East as a whole.

As LFI chair Steve McCabe has said: “There is an urgent need on the left for new thinking about the wider Middle East. The fixation on the Jewish state has stifled fresh thinking and analysis about the long-term challenges and opportunities facing the region.”

Enormous changes are taking place in the Middle East, including, most notably, the Abraham Accords. These historic agreements to normalise relations between Israel and four of its Arab neighbours are a true game-changer. Countries across the region are waking up to the unshakeable reality of Israel’s existence and that partnership with the Jewish state – a global leader in science and technology, and a regional economic power – not only offers enormous opportunities for the Arab world but offers a chance for regional peace. “Peace for peace” improves prosperity and everyday life for all the peoples of the Middle East.

Furthermore, these landmark deals reveal that the fault line in the region is not one of religion or ethnicity, but between those willing to pursue peace and those – led by Iran and its proxies – who instead seek perpetual slaughter and destruction. Labour must encourage and support those within the region pushing for peace, including supporting our sister party, the Israeli Labor Party. Lisa Nandy was thus absolutely right to welcome and support the diplomatic agreements between Israel and the UAE for example, as an “important step forward”.

Of course, recent tragic and horrific events in Israel and Palestine have reminded us of the necessity of continuing to push for a long-term peace plan, ultimately leading to a negotiated two-state solution as the only way to create a sustainable peace for Israelis and Palestinians.

In the months and years to come, LFI hope that, working with others such as the Labour Foreign Policy Group, we can help Labour craft an internationalist approach to the new Middle East. With the Biden administration, there is a huge opportunity for a global, progressive and multilateralist response to the realities in the Middle East. Labour – under its new leadership – can and must play an important part in this new chapter.