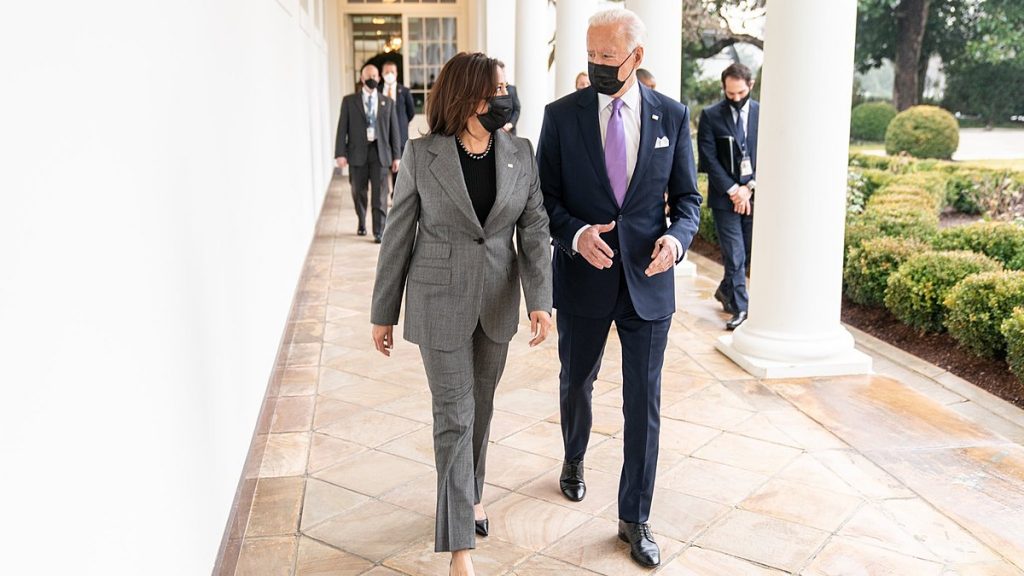 The inauguration of Joe Biden and Kamala Harris was a tremendous day for the world. Donald Trump was a disaster, not just for America, but globally. His vile, divisive and racist politics caused chaos and ruin domestically and did tremendous damage to America’s standing around the world.

Trump’s departure and Biden’s arrival in the White House is a particular relief to me as a proud Jewish Zionist. Let’s be clear: a man who calls white supremacists “very fine people”, accuses American Jews of disloyalty and whose supporters wear T-shirts featuring the chilling statements “Camp Auschwitz” and “6MWE” – six million wasn’t enough – is no friend to the Jewish people.

Biden, on the other hand, has been a lifelong, unwavering and consistent friend to both the Jewish people and the Jewish state. It is no surprise that 77% of American Jews voted Democrat last November. As former Democratic congressman Steve Israel has detailed, Biden’s support for Israel can be traced back to his childhood and lessons taught to him by his father at the dinner table:

“It was around the time of the debate on the establishment of the modern state of Israel. His father was unable to comprehend how anyone could oppose this historic step. To this Irish-American Catholic salesman, it was obvious why Israel had to exist. The establishment of a state for the Jewish people was the only way to fulfil the promise of ‘never again’ after the tragedy of the Holocaust. It was the first time Biden ever heard that phrase, and he never forgot the lesson.”

Biden describes himself as a Zionist. US support for Israel, Biden argued in 2014, was not a favour but a “moral obligation” and a “strategic necessity”. The President is a long-standing opponent of the Boycott, Divestment, Sanctions movement, which his campaign website said “singles out Israel and too often veers into antisemitism”. This steadfast support for Israel is shared by Harris. “Her support for Israel is central to who she is,” her campaign communications director Lily Adams said during the Democratic primary.

Biden has also charted a path for how those of us who oppose the damaging actions of the Israeli government can do so in a way that is constructive rather than self-indulgent. As former US Ambassador to Israel Dan Shapiro has suggested, Biden “intends to pursue a two-state solution, not through threats and ultimatums but through vigorous diplomacy”.

Thus Biden argued in a TV interview during the Democratic primaries: “I strongly oppose Israel’s settlement policy on the West Bank. I have made that clear to Bibi when… I was vice-president… But the idea that we would cut off military aid to an ally, our only true, true ally in the entire region, is absolutely preposterous. It’s just beyond my comprehension anyone would do that.”

Proving that supporting Israel and the Palestinians is not a zero-sum game, Biden has pledged to “reverse the Trump administration’s destructive cut-off of diplomatic ties with the Palestinian Authority and cancellation of assistance programs that support Israeli-Palestinian security cooperation, economic development and humanitarian aid for the Palestinian people in the West Bank and Gaza”.

Nonetheless, as Biden recognises, support for the Palestinian people does not mean ignoring the legitimate criticisms that can be levelled against the Palestinian leadership. Biden has accused Mahmoud Abbas of having “not stepped up when given opportunities”. He has also argued that the Palestinian Authority should “acknowledge, flat-out, Israel’s right to exist – period – as an independent Jewish state and guarantee the borders” and stated it “must begin to level with their people about the legitimacy and permanence of Israel as a Jewish state in the historic homeland of the Jewish people”.

Biden has also taken the Palestinian Authority to task for its “support for incitement and violence” and has said that any renewed financial assistance will require the it to end its policy of paying salaries to imprisoned Palestinian terrorists and their families. “The Palestinians need to end incitement in the West Bank and rocket attacks in Gaza,” Biden said last year. “What they are teaching in their schools is still in the school books. No matter what legitimate disagreement they may have with Israel, it’s never a justification for terrorism and no leader should fail to condemn as terrorists those who commit these brutalities.”

There are many lessons the British left can – and must – learn from Biden and Harris. After five years of left-wing antisemitism and obsessive hatred of the world’s only Jewish state, perhaps one of the most important is the need to be pro-Israel, pro-Palestinian and pro-peace.