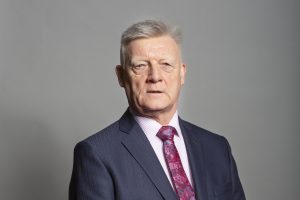 Labour Friends of Israel chair Steve McCabe MP has written the below article for LabourList. Click here to read the original.

The explosion of armed conflict and violence we have seen over the past week in the Middle East is highly concerning. I am deeply distressed by the civilian casualties in both Israel and Palestine. My thoughts are with the families who have lost innocent loved ones during this time. We must never lose sight of the fact that, behind the numbers and the statistics, are individual men, women and children. The pain for their friends and families is unimaginable.

These tragic events remind us that violence will never be the solution to the Israeli-Palestinian conflict. That’s why Labour Friends of Israel is calling for calm and an immediate de-escalation by all sides. There is a serious need for mature leadership – from Israelis and Palestinians – to work to defuse tensions and to end all unacceptable attacks on civilians without delay.

This weekend, we witnessed scenes of repulsive antisemitism in our country. For the last five years, we have been warned about where an extreme hatred of Israel and ‘Zionists’ could lead. Sadly, too many chose to ignore those warnings or to believe that they could continue to stoke rhetoric against the world’s only Jewish state without consequence. Let this weekend’s events end the argument: anti-Zionist antisemitism is a clear and present danger to Jews in Britain and around the world and we must speak out against it loudly and unequivocally.

The conflict between Israelis and the Palestinians is not one of victims and villains. As the Israeli novelist Amos Oz has said, this conflict is not a “struggle between good and evil, rather it is a tragedy in the ancient and most precise sense of the word: a clash between right and right, a clash between one very powerful, deep and convincing claim, and another very different but no less convincing, no less powerful, no less humane claim”. To dismiss the legitimacy of either the Israelis or the Palestinians is to perpetuate the problem.

Look at what has happened over the last week. More than 3,000 rockets have been fired indiscriminately at Israeli towns and cities by Hamas and other terrorist groups. These are not aimed at military targets, but at residential areas in order to create terror and maximise civilian casualties. We should be in absolutely no doubt that they are reprehensible terrorist attacks. There is no equivalence between the indiscriminate actions of Hamas and the targeted military response by a democratic ally with the right to self-defence.

Joe Biden’s administration has been unequivocal on this matter, with Secretary of State Tony Blinken stating: “There is a very clear, absolute distinction between the terrorist organisation Hamas that is indiscriminately raining down rockets targeting civilians, and Israel’s response defending itself targeting the terrorists.”

Israel has invested in unprecedented measures to keep its citizens safe due to the indiscriminate attacks Israelis face. The ‘iron dome’ defence system shoots rockets out of the sky. Israeli homes are built to include a bomb shelter. Compare this with the actions of Hamas, who not only construct terror tunnels instead of bomb shelters but purposefully endanger Gazans by deliberately using civilian areas to store and fire rockets. Even with Israel’s efforts to protect civilians, some rockets still get through and kill innocent people.

Last Wednesday, five-year-old Ido Avigal lost his life after rocket shrapnel punctured the window of his shelter. 52-year-old Khalil Awwad, and his 16-year-old daughter, Nadeen, were killed when a rocket landed near their car in the city of Lod. Theirs was an Arab Israeli family, prompting the local mayor to say that “Hamas missiles do not differentiate between Jews and Arabs”. An Indian migrant, 32-year-old Soumya Santosh, died when a rocket crashed into the Ashkelon home where she was caring for an 80-year-old woman. The nearest rocket shelter was at least a minute’s run away from the elderly woman’s home and the pair did not manage to reach it in time.

It is certainly the case that Israel is attempting to minimise civilian casualties. We know that the Israeli strikes have been targeted at senior Hamas military and intelligence operatives, its terror tunnels and rocket-launching facilities and infrastructure. But we must recognise that there can be no guaranteed failsafe measures in such a conflict and there have undoubtedly been many innocent Palestinian casualties, including 58 children, which is a matter of deep sadness.

Both Palestinian and Israeli mothers alike have had to bury their children over the last week. This must never be allowed to happen again. And the best way to honour those on both sides who have tragically lost their lives is to redouble our efforts for peace. However complex and difficult the roots of this conflict, there is only one way to bring it to an end, which is through a two-state solution. This, in turn, will only be achieved by the resumption of direct negotiations between the Israeli government and the Palestinian Authority. The peoples of Israel and Palestine have been let down for too long by their leaders, who have failed to show the courage and imagination to bring this conflict to an end. They deserve so much better.