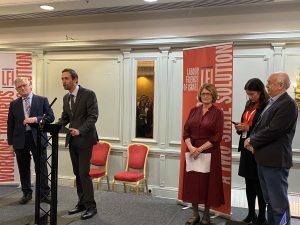 The highlight of LFI’s 2021 Labour conference was the annual reception, which took place on Tuesday night.