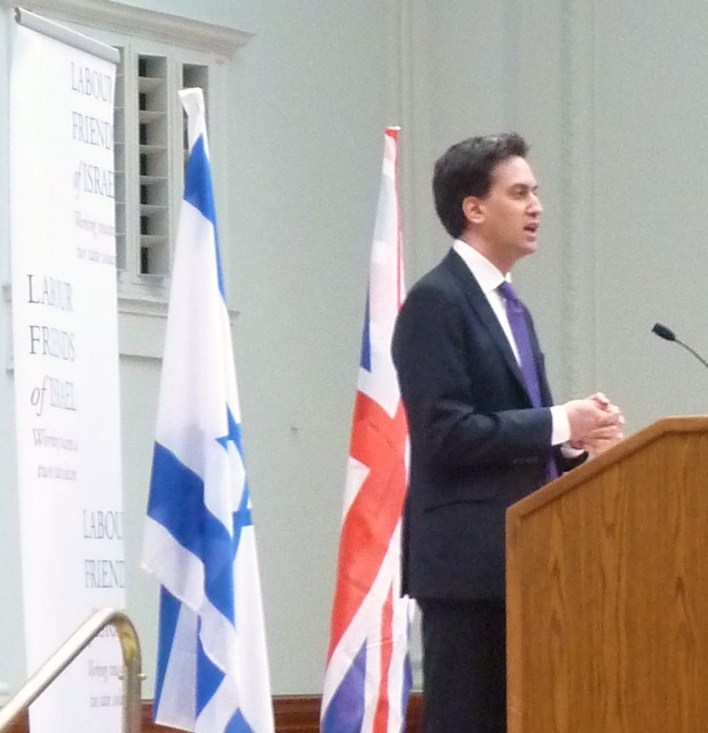 Rt Hon Ed Miliband MP, in a speech to the Labour Friends of Israel Annual Lunch, spoke extremely warmly about Israel and LFI, stating: “I want to say very clearly I’m grateful to Israel, I respect Israel, I admire Israel and that is why I’m proud to be here to be part of Labour Friends of Israel.” He added that Israel is “a democracy in a region where autocracy is commonplace, and it is important to say that.” Beginning by setting out his personal and family connections with Israel, the Leader of the Labour Party said:

“The thing I feel overwhelmingly about the State of Israel is that out of the darkness of the war and the Holocaust it gave light to my family. And I wouldn’t be here today if it wasn’t for the State of Israel and what it has achieved, and I wanted to make that clear.” (15/11/11)

The Labour Party leader went on to speak out firmly against those who question Israel’s right to exist, and those attack it with violence and boycotts. He warned of the threat of Iranian arms smuggling to Hamas and Hezbollah, the danger posed by Iran’s illegal nuclear programme, the deeply concerning security situation in the Egyptian Sinai and spoke out against the ongoing brutal crackdown on pro-democracy protestors in Syria.
Asserting that “under my leadership I will ensure that the Labour party remains a strong and steadfast friend of Israel… a friend in good times as well as bad,” Ed Miliband described Israel as “country with extraordinary people, culture, companies and heritage – my own heritage.” He also spoke of the need for progress towards a negotiated two state solution, stating that: “Every decision we make will be directed towards the goal of a negotiated solution. Because a negotiated solution is the only solution and we know it can only happen if both sides want it to happen, and we know the challenges are complex.” He added that “it is why I’m also against the current calls for boycotts which frankly would cause isolation not progress in the Middle East peace process.”

About Israel itself, Ed Miliband welcomed Shelly Yachimovich as the new leader of the Israeli Labor party and said that, in opposition, Labour will continue to support “the flourishing business relationship between Britain and Israel.”

“We were honoured to welcome the Leader of the Labour Party Ed Miliband to our lunch and to hear him speak so warmly and positively about Israel and the work that we do at Labour Friends of Israel. We welcome Ed’s strong words of commitment and support, and his pledge that under his leadership the Labour Party will remain a firm friend of Israel in good times and bad.”

“Ed reiterated his opposition to all of those who call for boycotts of Israel, and his determination to do all he can to work towards a negotiated two state solution.”

“We were delighted to host so many important figures from across the Labour movement and beyond and are incredibly proud that the event was a huge success.” (15/11/11)