Israelis went to the polls on Tuesday (22 January) to elect their new Knesset, Israel’s 120 seat parliament. The elections brought about a significant shift to the centre, with the centre/centre-left and right-wing blocs more or less tied.

The surprise of the night was the second place showing of Yair Lapid’s Yesh Atid, a new centrist party which won 19 seats.

The Israeli Labor party has become the third largest party in the Knesset, securing 15 seats – which is less than was expected. However, Labor did increase its share of the vote for the first time since 1992, adding to the strength of the left and centre bloc. 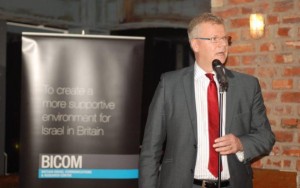 The joint Likud-Beitenu list of Benjamin Netanyahu and Avigdor Lieberman has slipped to 31 seats, compared to the 42 seats they previously jointly held, but is still the largest party in the Knesset. The election was called early by Prime Minister Netanyahu in the hope of strengthening his position in the Knesset, with opinion polls wrongly predicting that his party would be the clear winners.

After every Israeli election comes the delicate business of forming a governing coalition. With the centre-left bloc holding 59 seats and the right bloc holding 61 it is going to be particularly challenging on this occasion.

Netanyahu looks likely to remain prime minister through a coalition including Yesh Atid. But, with the blocs tied, Lapid will have considerable leverage over the direction of the government.

Yesh Atid fought on a platform of ending the Jewish ultra-Orthodox community’s exemption from national service, something the other centrist and left wing parties want to see happen too. However, the Shas party which represents the ultra-Orthodox community, and which may also be in the government, will likely oppose any attempts to reform national service. Netanyahu may also have to agree to a new settlement freeze or pursue a more centrist economic policy in order to accommodate Yesh Atid in his government.

The composition of the new government will likely not be known for several weeks, but anyone interested in Middle East current affairs will await the outcome with great anticipation. The re-emergence of the Israeli centre-left has to be the headline of the election for progressives.