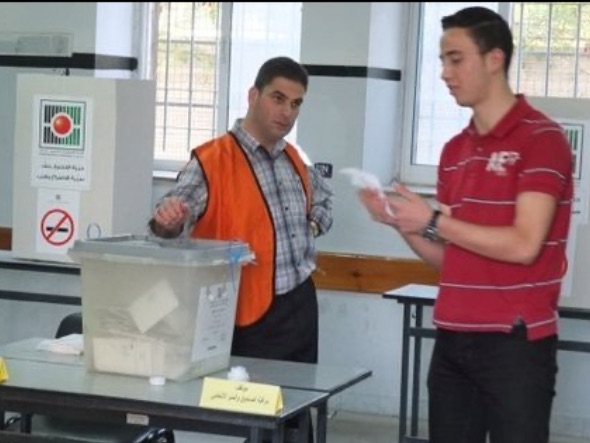 Palestinians in the West Bank’s major cities headed to the ballot box for only the second time since 2006 at the weekend, as they voted in a second round of local elections, a rare democratic event in the Palestinian Authority.

Some 234 slates of candidates competed in 50 cities including Ramallah, Hebron and Jenin, with a further 23 municipalities seeing a single list of candidates run unopposed.

The first round of these elections, which took place in mid-December, saw voters in villages and hamlets vote.

The second round, for urban voters, was postponed in unclear circumstances; ostensibly to ensure that they could take place without any problems.

The terror group Hamas, the main rival of president Mahmoud Abbas’s Fatah party, boycotted both rounds of the vote, with a likely deleterious impact on turnout.

“We’re seeing a new level of activity in major cities by independent lists and groups. Around 70 percent of lists are independent, rather than affiliated with political parties”, said Jihad Harb, an independent analyst.

“There is a general aversion to the existing political parties. People are turning to new, independent frameworks, which are not the classic parties, to express their dissatisfaction”, he added.
Palestinians have not voted in national elections since 2006, as Abbas has repeatedly cancelled schedules votes, most recently in May 2021, when he blamed Israel.