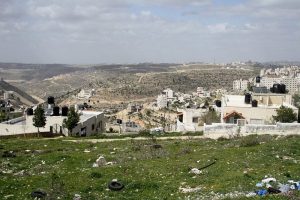 The new Israeli coalition government, led by prime minister Naftali Bennett, voted against a bill which would have annexed the West Bank in the Ministerial Committee on Legislation on Monday.

Likud MK Miki Zohar dared Bennett’s right-wing Yamina party and their New Hope coalition partners, to support the legislation, despite the fact that the coalition has voted against every opposition-sponsored bill.

Zohar said he would bring the bill to a vote next week in the Knesset plenum, where Bennett himself will vote against it.

“You promised again and again that you will take action to bring about sovereignty over Judea and Samaria and you once again broke your word”, he said.

“You once again proved that you have no ideology and that no values are holy for you except for keeping your cabinet seats”.

Bennett, whose government depends on the support of centrist, left-wing and Arab majority parties, leads a coalition not committed to the annexation of the West Bank.