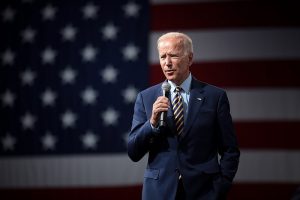 Nearly half of Israelis want Joe Biden to restart the stalled Middle East peace process and launch negotiations with the Palestinians when he takes office in January, a poll published this week found.
The survey – carried out by the dovish Geneva Initiative – shows that 49 percent of Israelis want the new US administration to advance talks with the Palestinians, 36 percent oppose such a move and 15 percent had no opinion.
“The Israeli public is much more pragmatic and moderate than its government,” Geneva Initiative director Gadi Baltiansky said. “Israelis want to see a Biden initiative to renew negotiations, an internal Palestinian reconciliation process, and the two-state solution. It’s time for the government to work toward realising the will of the people,” he argued.
Thirty-nine percent of Israelis said the Palestinians should be represented by a joint Fatah-Hamas negotiating team in any talks, 39 percent said they should not and 31 percent had no opinion.
The poll also showed that around half of Israelis support a two-state solution. A further 11 percent said they wanted a one-state resolution with equal rights for all citizens, and another 11 percent said they wanted one state with fewer rights for Palestinians. Ten percent said they had no opinion, and 20 percent said they didn’t like any of the options presented to them by the poll. Asked if they would accept a settlement freeze in exchange for a normalisation agreement with Saudi Arabia, 40 percent said yes, 36 percent said no and 24 percent had no opinion.
Read full article