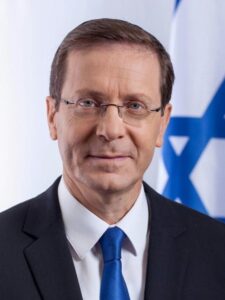 Israeli president Isaac Herzog called the leaders of the Palestinian Authority, UAE and Bahrain at the weekend to wish them a happy Eid al-Fitr, his office said in a statement.

Herzog expressed his hope for peace and stability in the region, the statement added.

The phone calls represent the first time Herzog has spoken with the leaders since the recent violence in Jerusalem’s Old City and the series of terror attacks that have rocked Israel in the past six weeks.

The Islamic holy month of Ramadan, frequently a period of tension, saw clashes between Israeli police and Palestinians at the Temple Mount/Al-Aqsa Mosque flashpoint.

Since his election last year, Herzog has placed a premium on dialogue with regional partners, most recently meeting with Turkish president Erdogan.

The calls represent an effort to lower tensions and improve ties following the clashes in Jerusalem, about which the United States expressed its “deep concern”, and which were condemned by Jordan, Egypt, Saudi Arabia and Turkey.