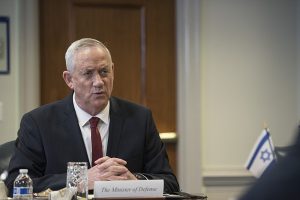 Israel announced this week that it had officially legalised the status of 4,000 Palestinians in the West Bank, ending a decade-long freeze in which almost no requests were authorised under Benjamin Netanyahu.

The move was part of the government’s ongoing effort, led by defence minister Benny Gantz, to strengthen the Palestinian Authority.

Senior PA official Hussein al-Sheikh released a list of those people whose residency has been approved on Tuesday.

The 1,200 undocumented Palestinians had failed to register before the cut-off age of 16, while the 2,800 Gazans moved to the West Bank before the Hamas takeover of Gaza in 2007.

Many of the Palestinians in question have lived in the area for decades without official recognition, a situation that restricts their ability to move freely and which forces them to live under threat of deportation.

Between 2010 and 2018, just 5 applications for legalised residency were approved by the Israeli government under Benjamin Netanyahu.

The move was criticised by figures on the pro-Netanyahu right, including far-right parliamentarian Bezalel Smotrich, who criticised the coalition government as “irresponsible” and “post-Zionist”.