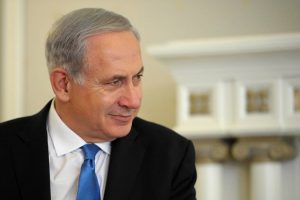 More than 1,000 parliamentarians from across Europe have signed a letter urging Israel not to go ahead with plans to annex parts of the West Bank after 1 July. The letter, which was sent to European foreign ministries, said unilateral annexation would be “fatal to the prospects of Israeli-Palestinian peace and will challenge the most basic norms guiding international relations”. It raises “serious concerns” about the proposals and calls for “commensurate consequences” if Israel moves ahead. Signatories include 35 members of Labour’s frontbench, including shadow foreign secretary Lisa Nandy. Among the three Israeli organisers of the letter is former Knesset speaker Avraham Burg. The letter comes as discussions continue between Benjamin Netanyahu and his coalition partner, defence minister Benny Gantz. Gantz and foreign minister Gaby Ashkenazi are thought to be concerned about the consequences of pushing ahead with annexation unilaterally, especially for Israel’s relations with Jordan. Last week, Gantz said he would “not support applying sovereignty to areas with a Palestinian population in order to prevent friction”. The US administration peace plan released in January assigns Israel up to 30 percent of the West Bank, with the remaining territory slated for a future Palestinian state. It also calls for direct negotiations between Israel and the Palestinians and a four-year settlement freeze while the plan is implemented. Netanyahu has distanced himself from those proposals. The Trump administration – which is itself split and has sent conflicting signals – is conditioning giving the green light to annexation on Netanyahu and Gantz reaching an agreement.