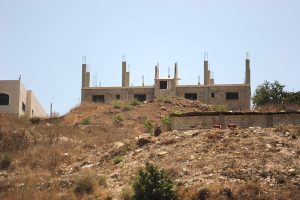 Construction in Jenin > Guillaume Paumier, CC BY 3.0, via Wikimedia Commons

Israel has advanced plans for 1,303 new homes for Palestinians in Area C of the West Bank on Monday.

This was the first authorisation of its kind under the new coalition government came to power in June, and the first since the Biden administration was inaugurated in January.

The Higher Planning Council, which debates building projects, approved 1,133 homes for deposit, allowing them to move forward to a final approval stage.

This number covers projects across the West Bank, including homes to be built near Bethlehem, Tulkarm, the South Hebron hills and Jenin.

This represents the most significant number of plans for Palestinian homes approved in a single meeting, or even in a single year.

In 2020, the council advanced plans for only 240 Palestinian homes.

Unlike Areas A and B, in which the Palestinian Authority exercises civil authority and partial security authority, Area C remains under Israeli civil and security control.