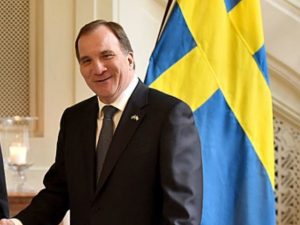 The foreign ministers of Israel and Sweden held their first phone call in seven years on Monday, in a move one Israeli diplomat called a “relaunching of relations” after a lengthy period of tension.

Yair Lapid spoke with his Swedish counterpart Ann Linde, tweeting to thank her for “Sweden’s strong and solid commitment to the security of Israel and her recognition in the course of our conversation of Israel as the homeland of the Jewish people”.

He added that he “looked forward to increased cooperation with Sweden on bilateral and multilateral issues”.

The call was the latest in efforts by the Bennett-Lapid government to mend ties with several countries which had deteriorated under former prime minister Benjamin Netanyahu.

Israel’s ties with Sweden become strained in 2014, when the Swedish government unilaterally recognised Palestinian statehood, becoming the first EU member state to do so.

Comments by former Swedish ministers regarding the Israeli-Palestinian conflict similarly drew criticism from Israeli officials, as did suggestions that stabbing attacks – a frequent tool of Palestinian terrorists – were not considered to be terrorism by international standards.

Swedish prime minister Stefan Lofven has prioritised combatting antisemitism in recent years, including attending an International Holocaust Memorial event in Israel last year. This was the first visit by a Swedish leader since 1999.