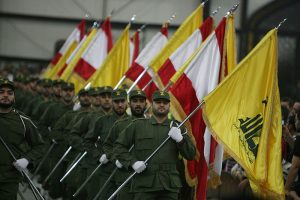 The antisemitic Lebanese terrorist group Hezbollah planned to assassinate an Israeli national in Bogota, Colombia, as part of an operation to avenge the January 2020 death of Iranian al-Quds Force commander Qassem Soleimani, Colombian media has reported.

The targeted Israeli was a former intelligence officer who had been stationed in the city as a member of the diplomatic corps and had since opened a camera tech company.

Citing unnamed sources in Colombia’s military intelligence services, the report said that Mossad security service discovered that the businessman had been spied on at a number of locations.

In addition to the Israeli individual, members of an American delegation in Colombia were similarly under surveillance by the terror group.

The individual was promptly taken out of Colombia and back to Israel.

Three senior Mossad officials have recently visited Colombia amid growing concerns about it being used as a base for terror operations.

Hezbollah is known to have previously used Colombia for financial operations, including drug traffic.

Hezbollah and its patron, Iran, were linked to the 1994 bombing that killed 85 people and injured hundreds more at a Jewish centre in Buenos Aires, Argentina.

Visiting Israel earlier this month, Colombian president Ivan Duque expressed his belief that the two countries had a “common enemy in Iran and Hezbollah”.