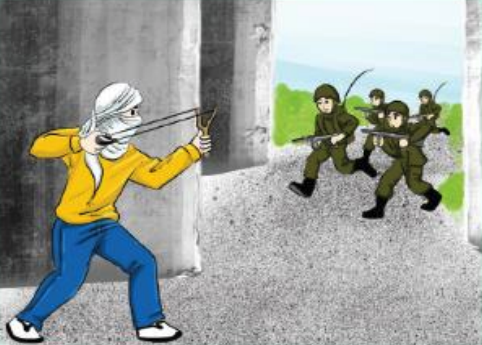 Palestinian Authority textbooks have remained largely unchanged and still contain incitement to violence and hatred despite EU pledges to work with the PA to revise them, a study by IMPACT-se has found.

Following an in-depth survey of the curriculum last year, the EU announced its intention to “work with the Palestinian Authority” to remove “antagonism towards Israel” in its educational curriculum.
Several months later, however, IMPACT-se claims that many of the same hateful content remains in use in PA schools.

Examples of hateful content cited by IMPACT-se as still being in circulation include the description of Dalal Mughrabi, notorious for her role in a brutal 1978 terror attack, as a heroic resistance fighter, with violence characterised as a “legitimate right” for Palestinians seeking to “resist occupation”.

In one textbook, children are taught that their “duty to Al-Aqsa Mosque” includes “jihad and martyrdom in pursuit of its liberation”.

The PA has consistently rejected accusations that their textbooks promote incitement, with PA president Mahmoud Abbas telling the UN last year that the curriculum merely expressed the Palestinian national narrative.

In a statement, IMPACT-se head Marcus Sheff said that “the Palestinian Authority seems to have gone to a great deal of effort to hoodwink its donors. Faced with a clear call by the EU for them to create new textbooks free of hate, the PA simply reprinted the old ones”.