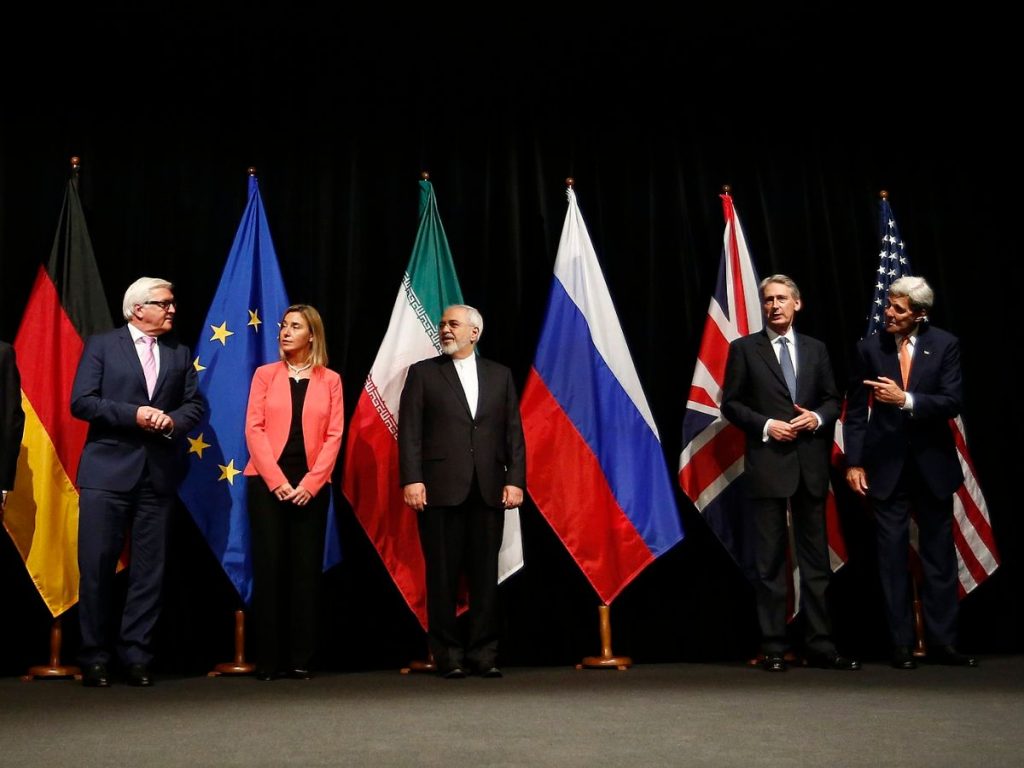 Regional tensions in the Middle East have risen in recent days as a seventh round of talks over the resurrection of the Iran nuclear deal, first negotiated in 2015, have begun in Vienna.

In 2015, Iran agreed the Joint Comprehensive Plan of Action (JCPOA) with China, France, Germany, Russia, the UK and the US (the P5+1) to limit its nuclear programme in exchange for sanctions relief. The deal was intended to prevent Tehran from developing a nuclear weapons programme.

In exchange, all nuclear-related sanctions would be lifted. Under the agreement, non-compliance could see sanctions automatically reintroduced (the snapback provisions). The deal is overseen by a Joint Commission comprising the signatories of the agreement and the EU. The Commission is chaired by EU High Representative Josep Borrell. Iran’s compliance with the JCPOA is monitored and verified by the IAEA.

The Trump administration withdrew the US from the deal in 2018 and reimposed all sanctions as part of its ‘maximum pressure’ campaign. The remaining signatories to the JCPOA, including the UK, did not follow suit.

Problems with the JCPOA

Many of the JCPOA’s critics, including numerous Arab states and Israel, have warned of the original deal’s shortcomings. Major issues remain unresolved and are seen as opportunities for Iran to continue its malign activities even when in compliance with the deal.

President Biden has repeatedly stated his desire to fix these loopholes through a “stronger and longer” deal that would “strengthen and extend the nuclear deal’s provisions, while also addressing other issues of concern”. This would form part of a “renewed international consensus around America’s Iran policy – and a redoubled commitment to diplomacy – to more effectively push back against Tehran’s other malign behaviour in the region”.

The view from Jerusalem

Israel’s commentary on the efforts to resurrect the deal have been relatively muted in comparison with the vocal initial criticisms from Benjamin Netanyahu in 2015.

Iran was top of the agenda on foreign minister Yair Lapid’s trip to the UK on Monday this week. Speaking in London, Lapid warned that “the Iranians are coming to these talks for only one reason – to get sanctions lifted”. “They need money. For Hezbollah, for the Revolutionary Guards, for their global terrorist network, and for their continued race towards a nuclear weapon”, he continued. Lapid argued that the Vienna negotiations had to be “conducted from a position of strength”, with tighter sanctions and supervision of nuclear sites as conditions for agreement. Signing a memorandum of understanding with the UK government, Lapid also published a joint op ed with UK foreign secretary Liz Truss in which he pledged to “work night and day to prevent the Iranian regime from ever becoming a nuclear power”, adding that “the world has to be safe for freedom-loving democracies” and praising the Abraham Accords process as “no greater sign of what can be achieved through open dialogue”. Lapid also visited Paris, where president Macron urged Iran to engage in the talks in a “constructive manner”.

Expectations for significant progress towards a renewed deal in the coming weeks are low. However, with time running out, it seems likely that Iran’s true intentions – whether to stall for time to attain the bomb or to genuinely return to a deal – will soon be made plain.