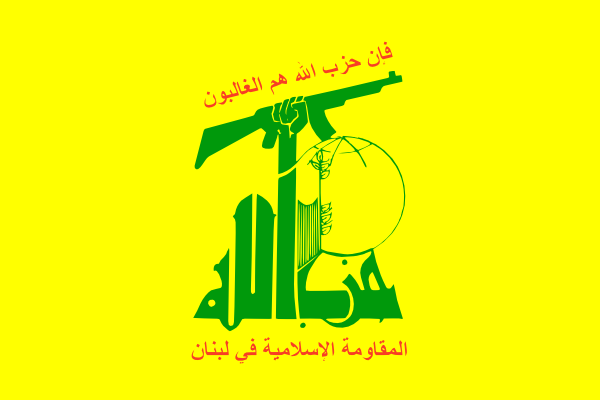 This week’s warning by Hassan Nasrallah that Jews should flee Israel before it is devastated by war is just one of the Hezbollah leader’s many sabre-rattling utterances.

In February, he warned that there would be “no red lines” in any future conflict between the terror group and Israel. In April, he boasted of his organisation’s preparedness for war, while in June he spoke of the “hundreds of thousands” of Shia fighters from across the Middle East who would rush to Hezbollah’s side when it next takes the fight to the Jewish state.

There is, though, nothing idle about these threats, certainly not as far as Israel is concerned. Earlier this month, it conducted one of the largest military exercises in decades as it rehearsed its readiness for war with Hezbollah.

Analysts warn that the next conflict between Israel and Hezbollah “will likely be the most destructive Arab-Israel war yet”.  As Andrew Exum, former deputy assistant secretary of defence for Middle East policy, wrote recently: “I shudder to think what the next conflict will look like. Since 1993, each clash between Israel and Hezbollah has been successively more violent.”

Founded in the 1980s with Iranian backing to fight the Israeli occupation of southern Lebanon, Hezbollah provoked conflicts with Israel in 1993, 1996 and 2006. The bloodiest – the 2006 Second Lebanon War – began after Hezbollah ambushed Israeli soldiers on the country’s northern border, killing three and abducting two more and led to large numbers of civilian casualties in Israel and Lebanon and the evacuation of several hundred thousand people in both countries. UN Resolution 1701 brought the war to an end and authorised the deployment of the United Nations Interim Force in Lebanon (Unifil) with the power to “ensure that its area of operations is not utilised for hostile activities of any kind”.

But, in defiance of Resolution 1701 which barred arms transfers to it, Hezbollah has spent the last decade restocking its arsenal and rebuilding its forces in Lebanon. It has trebled the size of its fighter force from 17,000 to 45,000, while its arms procurement programme has proceeded through four distinct phases. In 2006-8, Hezbollah prioritised restocking its medium and short-range surface-to-surface missiles and rockets. In 2009-12, it worked on smuggling long-range surface-to-surface missiles and rockets and surface-to-sea missiles and drones. From 2012-16 its efforts were on stocking precision-guided projectiles and ballistic missiles, and building commando units for future cross-border raids into Israel. Over the past year, it has shifted to concentrating on its precision firepower, including gaining guidance kits for its unguided projectiles.

Israel’s military believes that, in a future conflict, Hezbollah will be able to launch 1,500 rockets and missiles a day at it. While Israel has increased its defensive capabilities, Hezbollah is likely to target military facilities, important infrastructure and civilian population centres. In the past, Nasrallah has threatened that Hezbollah will attack an ammonia storage facility in Haifa, as well as the nuclear reactor at Dimona. Cross-border attacks  – via tunnels and using ultralight aircraft – are also thought likely to occur in a future war, as Hezbollah seeks to take prisoners and hostages and, indeed, temporarily capture military outposts and villages in northern Israel. The terror group will see such tactics as striking an important psychological blow against the Israeli public.

Crucially, Hezbollah has embedded its forces and weaponry in towns and villages throughout southern Lebanon. As Michael Eisenstadt and Jeffrey White have suggested, the integration of Hezbollah’s “extensive military infrastructure … [with] civilian infrastructure in Shi’a-majority regions” will make “heavy civilian losses almost inevitable”. Lebanon, warns Exum, “will burn and Israel will suffer mightily”. As it seeks to stop the missiles and rockets raining down on its country – and prevent Hezbollah mounting similar attacks for as long a period as possible in the future – Israel will be forced to undertake not simply an extensive air campaign, but also major ground operations deep into Lebanese territory. Lebanese infrastructure, such as roads, bridges and communication facilities, are thus likely to become Israeli targets. So, too, the Lebanese Armed Forces which cooperates and shares intelligence with Hezbollah.

Both privately, and increasingly publicly, Israel has warned that it cannot allow the transfer of sophisticated weaponry from Syria – where, alongside Iran, Hezbollah has been at the forefront of supporting President Assad’s forces – to the terror group. To underline its intent, Israel has struck arms caches and convoys in Syria over 100 times in recent years.

But while Israel has been attempting to slow and interrupt the flow of weapons – which are manufactured in Iran and Syria and then smuggled by ground convoys into Lebanon – Hezbollah has been building its own rocket and missile factories in Lebanon and areas of Syria under its control. As always, Iran has been a crucial partner and player in this effort. Indeed, it is through its decades-long backing for Hezbollah that the Islamic Republic has avoided a direct conflict with Israel while fulfilling its oft-stated aim of “wiping Israel off the map”. It has thus supplied Hezbollah with weaponry and cash, and helped to facilitate its multiple terrorist attacks on Jewish targets both in Israel and around the world.

The relationship between Hezbollah and Iran is no longer simply one of client and patron. Instead, the terror group has become Tehran’s indispensable partner in its expansionist efforts. Not only has Hezbollah deployed thousands of fighters to Syria – where, at the behest of the Assad regime, it has helped to eliminate the non-extremist opposition to it and thus increased the ranks of Sunni jihadis and stir sectarian hatreds – it has also entangled itself in Iran’s support for Shia militias in Iran and the brutal war in Yemen. As Ben Hubbard wrote recently in the New York Times: “Hezbollah is involved in nearly every fight that matters to Iran and, more significantly, has helped recruit, train and arm an array of new militant groups that are also advancing Iran’s agenda … Hezbollah has evolved into a virtual arm of Iran’s Islamic Revolutionary Guards Corps, providing the connective tissue for the growing network of powerful militias.” For Persian Iran, moreover, Hezbollah “lends not just military prowess but also Arabic-speaking leaders and operatives who can work more easily in the Arab world”.

After the 2006 conflict with Israel, Nasrallah admitted that “if I had known … there was a one percent chance that the kidnapping [of the Israeli soldiers] would lead to such a war, would I have done it? I say ‘no, absolutely not’, for humanitarian, moral, social, security, military and political reasons”. Sadly, that regret proved all too short.