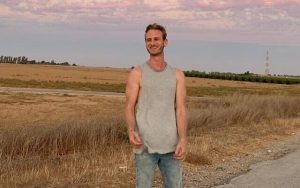 A member of Hamas launched a terror attack in Jerusalem’s Old City on Sunday morning, killing one Israeli civilian and wounding four others – including worshippers returning from the Western Wall.

Terror in the Old City

The terror attack was carried out using a Beretta M12 submachine gun by Fadi Abu Shkhaydam, who opened fire near to the entrance to the Temple Mount.

“He never cursed anyone, or called anyone a bad name, except the Jews”

Abu Shkhaydam taught Islamic law at a Jerusalem boys’ school. “He was the best teacher. He never cursed anyone, or called anyone a bad name, except the Jews, may God burn them,” a student of the terrorist said after the attack. Abu Shkhaydam also preached in local mosques. In a 2020 sermon, he attacked “the Jewish and Christian masters of heresy” as being “led by the devil”. After the United Arab Emirates’ decision to normalise relations with Israel, he also labelled the Emiratis as “filthy Bedouins”.

Home secretary Priti Patel last week announced the government’s intention to proscribe Hamas in its entirety – completing a process begun by the last Labour government which barred the terror group’s military wing in 2001.

Established as the Muslim Brotherhood’s political arm in Gaza in 1987, Hamas’ charter calls for the destruction of Israel, its replacement by an Islamic state and endorses a “struggle against the Jews”. In 2017, the group accepted an “interim” Palestinian state in the West Bank and Gaza but continued to refuse to recognise Israel. Hamas launched its first suicide bombing attack in 1993, shortly before the signing of the Oslo Accords. It then stepped up terrorist attacks in an attempt to derail the peace process. When Israel unilaterally withdrew from Gaza in 2005, Hamas vowed “not to rest until our entire land is liberated … To the Zionists we promise that tomorrow all of Palestine will become hell for you”. A bloody coup against the Palestinian Authority brought Hamas to power in Gaza in 2007. It has since abused the human rights of its opponents, women and the LGBT community, suppressed the media, and provoked four violent conflicts with Israel.

What happens next: Hamas’ double-game

As Haaretz’ Amos Harel reported, Hamas is engaged in a double-game, attempting to stir violence in Jerusalem and the West Bank, while keeping Gaza quiet following Israel’s efforts to provide economic relief and increased work permits to the enclave’s residents. “Hamas will probably attempt to continue to play both sides – encouraging terrorism in Jerusalem and the West Bank, in part in the hope that it would destabilise the rule of the Palestinian Authority and the PA’s ties with Israel,” wrote Harel. “On the other hand, it needs to be careful not to go overboard in Gaza, so that it avoids another violent clash with Israel that would wipe out its achievements of the past few months.”