Young Labour activist Kira Lewis has written the below article for Jewish News. Click here to read the original. 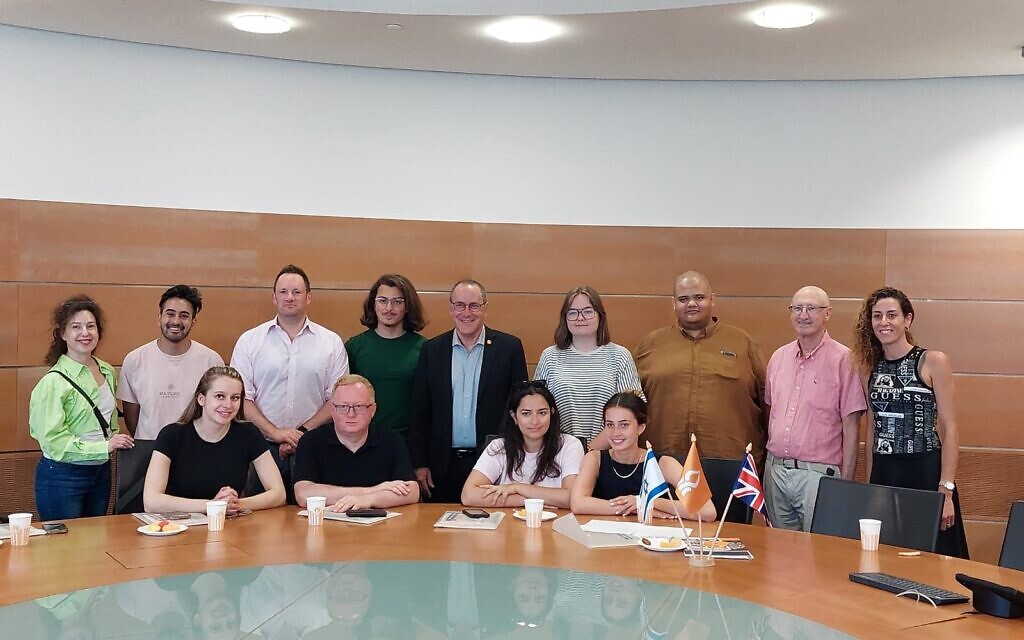 Joining last month’s delegation of Young Labour activists, which allowed me to see all of Israel and travel into the West Bank, has reaffirmed my understanding of the complexity of the tragic conflict between Israel and the Palestinians.

The experience also reinforced my belief in the need to defend Israel as a democratic and Jewish state, and the crucial importance of a viable two-state solution as the only means for peace between the two peoples.

The UK Jewish community needs and deserves politicians and policymakers who are informed and able to communicate the security and political challenges that Israel faces.

I am proud of Labour’s historic position of support for Israel’s security and democratic traditions, and it is vital that young members are loud and clear about why a two-state solution and peace in the region matters.

The trip gave me a much stronger understanding of the Israeli political system, including political debate being focused as heavily on security as the economy, and the relationships between each political party under a highly proportional system.

I have always believed that building strong links with our progressive partners around the world is key, because many of the challenges we face in the UK, including the cost-of-living crisis and right-wing populism, are shared by our partners in Israel.

Indeed, meeting representatives of the Israeli Labor Party, including Young Labor activists, I was struck by how much commonality there was between the priorities of activists from both parties.

A particular highlight was therefore being able to discuss how we can strengthen the shared links between. Similarly, as a trade unionist, meeting Histradrut leaders and learning about the work of trade unions in Israel – including how they build paths to peace through support for Palestinian workers – was both fascinating and inspiring.

The organisations and places we visited helped inform my understanding of the multitude of challenges faced by modern Israel.

In Haifa we visited shared society projects, including hearing from the Abraham Initiatives and local city councillors on how they are supporting the needs of a ‘mixed city’.

As a Councillor in London, I was particularly keen to share how we can make sure community resources are accessible and our urban environments foster coexistence and togetherness.

Visiting Jerusalem made me consider how the conflict between Israel and the Palestinians is not a simple case of black and white, and visiting Yad Vashem in particular acted as an important reminder of the circumstances of Israel’s creation and how the pain of the Shoah continues to shape the Israeli worldview.

Walking out of Yad Vashem and seeing modern Jerusalem as the beacon of light reinforced my feeling that the best way to honour the memory of those killed is by standing up for place of safety and security for generations of Jews to come.

I would absolutely recommend visiting the region as the most meaningful and informative way of making sure that those seeking to contribute toward discussions around the Israeli-Palestinian conflict can do so in an informed and balanced way, particularly in the pursuit of a viable two-state solution.

It further reaffirmed my belief that we cannot allow our party to drift back into a place of equivocating on Israel’s existence, and we must do all we can to foster meaningful and lasting relationships with our Labor counterparts in the country.