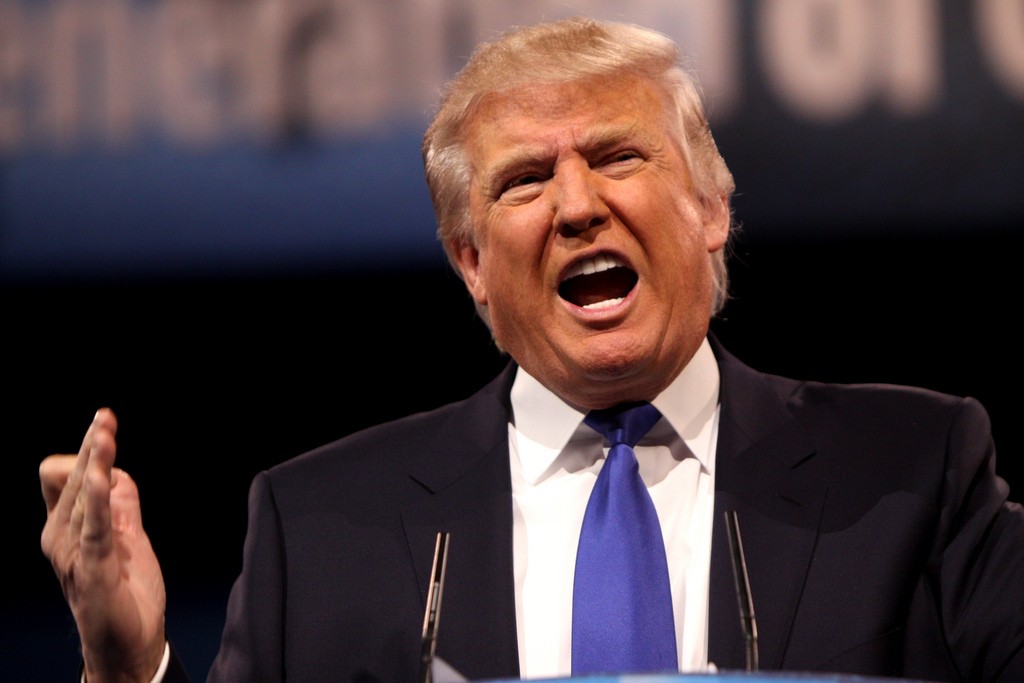 President Trump’s decision yesterday to pull the US out of the Iran nuclear agreement deals a severe, possibly fatal, blow to the 2015 agreement which aims to prevent the Islamic republic from resuming its nuclear programme.

Trump says he will reimpose sanctions on Iran, which were lifted in return for Tehran’s compliance with the accord, and may add new ones.

Britain, France and Germany – who, alongside Iran, the US, Russia and China, are signatories to the Joint Comprehensive Plan of Action – expressed “regret and concern” at the president’s move. A jointstatement by Theresa May, Emmanuel Macron and Angela Merkel emphasised the three countries’ “continuing commitment” to the JCPOA.

Iran says it will engage in talks with the deal’s remaining signatories, but also held out the prospect that it will also walk away, with President Hassan Rouhani saying the country would  decide in “a few weeks” whether to begin enriching uranium beyond the levels allowed in the agreement if the government decides the country’s needs are not being met.

In recent weeks and months, Britain, France and Germany have made strenuous efforts to persuade Trump not to abandon the agreement altogether.

By contrast, Israel and a number of major Arab states, such as Saudi Arabia, have consistently objected to the JCPOA and warned repeatedly that Iran has abandoned neither its nuclear ambitions nor its attempts to establish regional hegemony.

That the agreement contains some serious flaws is recognised by Britain, France and Germany (the so-called E3).

Thus, even while lobbying the president to retain the deal during his visit to Washington last month, Macron said it was necessary to “contain the Iranian presence” in the Middle East and said the agreement should be considered “as part of the broader picture, which is security in the overall region”.

While Iran has insisted that the agreement is “not renegotiable”, the E3 (with the addition of Italy) have spent the last five months engaged in “structured dialogue” with Iran designed to address some of the concerns the US, Israel and the Arab world have raised.

Last month, Macron attempted to persuade Iran to enter talks to address what he termed “three additional, indispensable subjects”: the need to discuss what happens in 2025 when the current deal expires; Iran’s involvement in Middle Eastern conflicts; and its ballistic missile programme.

Critics of the agreement have long focused on the three areas outlined by Macron.

First, the deal’s “sunset clauses”. Over the next 12 years, a series of restrictions on Iran’s nuclear programme will start to be relaxed: in 2023, on advanced centrifuges; in 2028 on centrifuge production; and in 2030 on Iran’s stockpile of uranium.

As Mark Regev, Israel’s ambassador to Britain, argued last weekend: “The deal’s restrictions on Iran’s nuclear activities expire in just a few short years. Then, Iran will be free to enrich unlimited quantities of uranium, using hundreds of thousands of centrifuges.”

But Iran’s breakout time – how long it would take Iran to produce enough fuel for a single bomb – was effectively increased by the agreement from a few months to at least one year, supporters note.

A related further objection to the agreement centres on the inspection regime. Sites declared as military bases are off-limits to inspectors, despite the fact that these were where Iran’s weapons programme, which was supposedly wound up in 2003, was believed to have occurred. Iran can also delay International Atomic Energy Agency inspectors from visiting locations for 24 days.

Second, the 2015 agreement did not stop Iran from developing ballistic missiles and the Islamic republic has increased the frequency of its testing of them – at least 25 cruise missiles, and medium and long-range ballistic missiles have been test-launched since the deal came into force, according to BICOM.

Robert Satloff, director of the Washington Institute for Near East Policy, argues that it is “wholly false for advocates of the deal to argue that the JCPOA has halted, frozen, or suspended Iran’s nuclear-weapons programme”. “Such a program has three main parts—development, weaponization, and delivery—and ballistic missiles are an integral part of that. In other words, critical aspects of the program are moving ahead, deal or no deal,” he suggests.

Iran has also increased the range of its missiles from 1,000 km to 2,000 km. Its aim appears to be able to target cities in Europe.

For Israel, which is already in the sights of both missiles on Iranian soil and the estimated 140,000 missiles it has helped Hezbollah procure, the Ayatollahs pose an existential threat. Iranian leaders have repeatedly and openly threatened to “annihilate” the Jewish state.

This situation will be exacerbated in the coming decade. In 2023, UN-imposed limits on Iran’s ballistic missile programme are supposed to be rolled back.

Finally, Iran does not appear to have invested the cash it has earned from sanctions relief in rebuilding its economy or, as January’s demonstrations graphically illustrated, improving the living standards of its people. Instead, much of the money has been poured into its effort to build a regional Shia arc of influence, linking Tehran to the Mediterranean coast, and, relatedly, supporting its proxy army, the terror group Hezbollah.

Again, this situation will be exacerbated when restrictions on arms exports to Iran are due to be lifted in 18 month’s time.

More broadly, Iran’s promises to adhere to the terms of the Nuclear Non-Proliferation Treaty after 2025 lack credibility. As Dennis Ross, a senior Middle East adviser to the Clinton and Obama administrations,argues: “The Iranians committed to not acquire or develop nuclear weapons, but they also claimed they had never attempted to so – despite clear evidence to the contrary.”

Information secretly obtained earlier this year by Israel’s intelligence services from Iran’s nuclear archives in Tehran underline this point. The 100,000 documents, revealed by Israel last week, suggest that while Tehran has not thus far broken the terms of the 2015 deal, it failed in its obligation – a provision of the JCPOA – to come clean about its past attempts to build a nuclear weapon.

Indeed, under Clause 14 of the JCPOA, the agreement was only supposed to come into force when the IAEA was able to affirm that Iran had addressed “past and present issues of concern relating to its nuclear programme”. The IAEA gave that green light in December 2015. Last week’s revelations by Israel suggest that this go-ahead was given on the basis of lies by Tehran. Iran did not, for instance, inform the IAEA of the fact that its covert programme had, as one document from the archive attested to, sought to “design, produce and test five warheads, each with ten kiloton TNT yield for integration on a missile”.

Unfortunately, the JCPOA has an “all or nothing” approach – reimposing UN sanctions is the only available penalty – to punishing Iran for violations of the deal. “This is akin to having a legal code with only one punishment – the death penalty – for every crime; the result is that virtually all crimes will go unpunished,” argues Satloff.

Nonetheless, even some critics of the JCPOA, such as Ross, are wary of Trump’s approach and his intentions. Pressure on Iran, he suggests, has always been most effective when the US and Europe stand together. While Britain, France and Germany have sought to mend, not end, the agreement, Trump’s bellicose stance threatens to drive a wedge between the US and its allies which Iran will seek to exploit.

It is also clear from yesterday’s announcement that the president has, in the words of the Washington Post “no plan for what comes next”. His suggestion that he wished to work “with our allies” to develop “a real comprehensive and lasting solution to the Iranian nuclear threat” was unaccompanied by any detail and also flies in the face of the casual manner in which he cast aside recent efforts by France, Germany and Britain which the State Department reportedly believed were bearing fruit. “The question now is whether the allies are prepared to humble themselves again to appeal to a president they see as having a vision of where he wants to be but little idea of how to get there,” suggested the paper’s national security correspondent. Even the normally loyal Republican House speaker, Paul Ryan, argued that it was “unfortunate” that Trump had decided to pull out of the agreement rather than working with European leaders to address it flaws.

Moreover, European efforts to save the deal by ensuring Iran continues to benefit economically from it, will run directly counter to Trump’s effort to tighten the screws on Tehran. US officials have suggested that European companies with business dealings in Iran have six months to wind them down. Although Trump suggested that he would be “ready, willing and able” to negotiate a “new deal” with Iran, some believe that hardliners in the administration are more interested in regime change – brought about by crippling the Iranian economy with sanctions – than coming to any new agreement.

But, as Ross also suggests, Trump’s threats to tear the deal up “create the illusion of toughness on Iran without the effect”. In the face of Iranian expansionism, for instance, the president has sent decidedly mixed signals. Bellowing about the flaws of the “ridiculous” Iran deal on the one hand, while alsosuggesting that the US will soon withdraw its forces from Syria – “let other people take care of it now” – from where Tehran is currently working with Hezbollah to menace Israel.

As Macron has acknowledged, the Iran deal needs fixing. Sadly, Donald Trump lacks the knowledge, staying power or skill to pull off this incredibly necessary task.