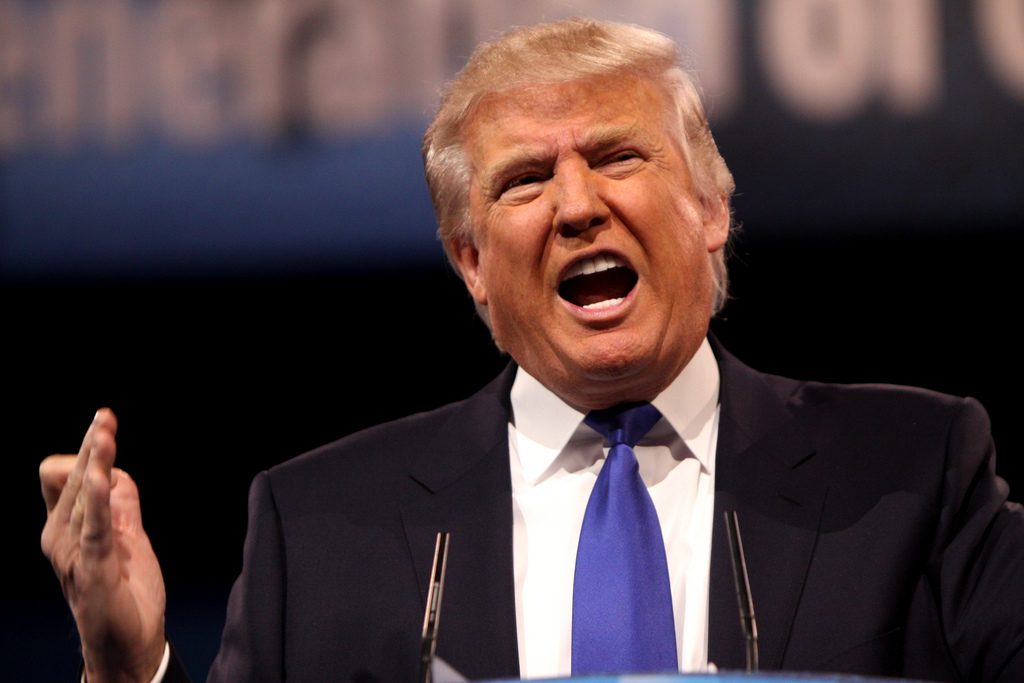 Israel’s prime minister and opposition leader met with Donald Trump today as the US administration began to roll out its controversial Middle East peace plan.

Benjamin Netanyahu and Benny Gantz had separate White House meetings with the president, with the US reportedly not planning to announce full details of its plans until it has approval from both men.

The Palestinians, who decided to boycott the Trump administration following its decision to unilaterally recognise Jerusalem as the capital of Israel in December 2017, have not been consulted. President Mahmoud Abbas is believed to have refused a phone call with Trump, and some Palestinian groups have called for a “day of rage” on Tuesday to protest against the plan, which is said to heavily favour Israel.
Although the precise details are sketchy, Trump’s proposed “deal of the century” envisages extending Israeli sovereignty over all West Bank settlements and annexing the strategically and militarily important Jordan Valley.

In a letter to the US president, Labor leader Amir Peretz warned that “unilateral annexations or steps that undermine the concept of two states, living peacefully side by side is a recipe for further trouble and turmoil”. He called for American involvement but suggested that an agreement could only be reached “through direct talks between Jerusalem and Ramallah”.

Israeli media reports at the weekend speculate that the plan will:

•    Curb Israeli settlement growth;
•    Initially hand Israelis and Palestinians about one-third of the West Bank each;
•    Recognise a Palestinian state in Palestinian-held areas;
•    Call for a four-year “preparation period” while the two sides negotiate the remaining one-third of territory.

The plan holds out the prospect that some 70 percent of the West Bank might eventually form a Palestinian state, together with Gaza. This represents a far cry even from recent Israeli negotiating positions: in 2008, former prime minister Ehud Olmert proposed a Palestinian state on almost the entire territory of the West Bank with compensating land swaps for the 6.3 percent he wished to annex. Abbas has admitted that he rejected the proposal.

The proposed Palestinian state would encompass Areas A and B (under the 1993 Oslo Accords, the former is under the Palestinian Authority’s civil and security control, while the later has PA civil but Israeli security control). All the major Palestinian population centres are part of Areas A and B, which constitutes 40 percent of the West Bank. The US is said to have hinted to the Palestinians and Jordanians that a further 30 percent of the West Bank is slated for a Palestinian state. It would be recognised by the US and Israel at the end of the four-year period, although there are suggestions this may be conditioned on the PA’s acceptance that it will be demilitarised and recognition of Israel as a Jewish state.

Israeli settlement-building would also be curbed. Israeli would be allowed to build within the boundaries of existing settlements, but not to increase their boundaries. Fifteen settlements would remain under Israeli control – although separated from other Israeli territory – while 60 outposts which are illegal under Israeli law would be removed.

A tunnel beneath Israeli territory to connect Gaza to the West Bank is envisaged by the plan. Gaza would demilitarised and the authority of the PA restored there (a violent coup in 2007 saw terror group Hamas seize the territory from Abbas’ government).

However, the prizes for Israel far outweigh those accorded to the Palestinians by Trump. The Palestinians insist that they are entitled to a state along the 1967 borders with East Jerusalem as the capital. They also want a “right of return” for Palestinians and their descendants who were displaced from Israel in the 1948-9 War of Independence.

According to reports, the vast majority of Jerusalem would remain under Israeli sovereignty under the Trump plan, although sensitive religious sites – such as the Temple Mount – would be run a joint Israeli-Palestinian body. The Palestinians could move their capital from Ramallah to the Arab neighbourhoods of Jerusalem, but only those which lie to the east of the security barrier.

The plan is also said to envisage 30-40 percent of the West Bank – all of it from the Oslo Accord’s Area C in which Israeli civil and security control currently applies – being granted to Israel. This would include the major settlement blocs (which lay close to, but to the east of, the 1967 lines and within the Israeli security barrier) and the Jordan Valley. Such a proposal would see a contiguous Palestinian state in the West Bank, but one wholly surrounded by Israeli territory, with airspace and border crossings under Israeli control.

David Makovsky of the Washington Institute for Near East Policy has suggested that Trump may be anticipating an outright rejection of the plan by the PA which would allow him to give the green light to any Israeli moves to annex the Jordan Valley. He notes, too, however, that the example of the Golan Heights might be instructive: “Israel applied its own laws over that territory in 1981, but later came to the table to negotiate its status under successive governments in the 1990s, and under Netanyahu’s leadership as well.”

However, Israel has been cautioned about the price it may end up paying if it embraces Trump’s plan in terms of its most vital international relationship, that with the United States. As Obama’s former ambassador to Israel, Daniel Shapiro, wrote in Haaretz: “No Democratic president elected in 2020 will stick with this plan, nor will they support unilateral annexation.” He also went on to warn that: “If the Trump plan is implemented by the United States and Israel without an agreement with Palestinians, it will not represent an end to the conflict, but rather its perpetuation in a new form. The Palestinians, who are far from blameless for the stalemate that Trump inherited, have not been consulted on the plan, as a consequence of their own choice to boycott the Trump administration, but also perhaps out of a sense that Trump did not take their legitimate aspirations seriously. And when the Palestinians reject it – and with them Israel’s peace partners, Jordan and Egypt, and most European nations, while some Gulf states may make equivocal noises – Israel may find that, Trump’s support notwithstanding, many of its other international relationships will be harmed.”

The timing of the release of the plan is, as Israel’s hawkish former defence minister, Avigdor Liberman, noted “very suspicious”, not least because Netanyahu will be back at the White House tomorrow as the Knesset votes on the first stage of his request for immunity from the multiple corruption charges laid against him.

Indeed, it is Netanyahu’s electoral prospects – not peace between Israel and the Palestinians – which appears to be driving Trump’s calculations at this point, as it has for at least the past year.

As former US government peace negotiator Martin Indyk has suggested: “For him to do this in the middle of an Israeli election, without any Palestinian participation and with no intention to follow up with any of the participants, this is not a peace plan at all. It is a farce from start to finish.”