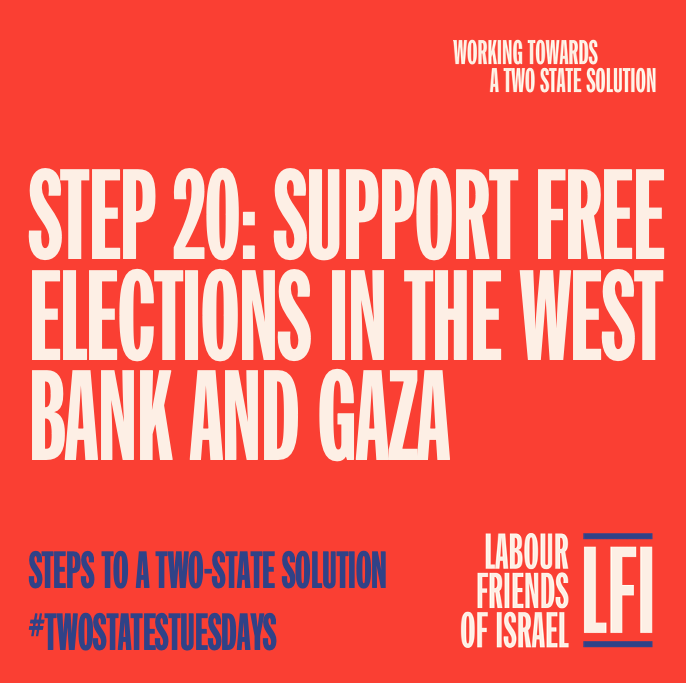 In 2005, Mahmoud Abbas was elected president of the Palestinian National Authority with a four-year term. The election, which Abbas won by a landslide, was observed by a number of international observers, and the European Union praised the process as “a very important step towards the creation of a viable and democratic Palestinian state”. However, 17 years later – and without seeking a renewed mandate from the Palestinian people – Abbas remains in office.

This stems, in part, from the outcome of the 2006 Palestinian legislative election, in which Islamist terror group Hamas eked out a narrow popular vote victory over Abbas’ Fatah party. While Fatah faced deep internal splits and allegations of corruption, Hamas – which ran under the banner of “Change and Reform” – was widely seen as a clean pair of hands. (Hamas had boycotted the 1996 election because of its objection to the establishment of the PA and the Oslo peace process). Voters in both Gaza and the West Bank participated in the elections. While international observers deemed the elections to have been free and fair, the message from the Palestinian electorate was hardly a ringing endorsement of Hamas’ hardline policies: exit polls suggested that nearly 80 percent of voters wanted a peace agreement with Israel and three-quarters wanted to see the terror group changes its policies towards Israel.

Abbas subsequently invited Hamas to form a government, although Fatah initially refused to enter a coalition with it. A Hamas-Fatah unity government, formed in early 2007, collapsed when the terror group staged a coup in Gaza in June 2007, leading to the effective separation of the coastal enclave from the West Bank. Abbas appointed a new prime minister in the West Bank, where the PA remained in control, suspending those provisions in the Palestinian Basic Law which required the legislative council to approve a government.

In Gaza, Hamas snuffed out any form of opposition to its rule. Freedom House’s 2021 report designates as “not free” and states that the “Hamas-controlled government has no effective or independent mechanisms for ensuring transparency in its funding, procurements, or operations”. The media, opposition parties and independent NGOs have all been suppressed, with Hamas establishing “a de facto one-party state”. It adds: “The de facto head of government, Yahya Sinwar, was chosen in a closed election by Hamas members in 2017.”

Freedom House also ranks the West Bank as “not free” by Freedom House, noting that: “The PA lacks an elected executive and legislature. Because the legislature has not functioned since 2007, new laws are introduced via presidential decree.” There have, however, been three sets of local and municipal elections since the PA’s formation: in 2004-5, 2012, and 2017 (the 2012 and 2017 elections were in the West Bank only).

While Abbas has proposed new elections on a number of occasions, these pledges have not come to fruition. Indeed, in January 2021, he set dates for new legislative and presidential elections – following an agreement with Hamas, to be held in both the West Bank and Gaza – in May and July 2021. However, in April 2021, Abbas postponed these elections. Although he blamed Israel’s refusal to agree to East Jerusalem’s participation in them, analysts have noted that Fatah’s unpopularity, and rifts within the party, as the principal driver of this decision.

Abbas should now schedule new elections to allow the Palestinian people a vote on their future. This should be accompanied by measures to ensure these elections are free and fair and, particularly in Gaza, not hampered by intimidation by terrorist groups.