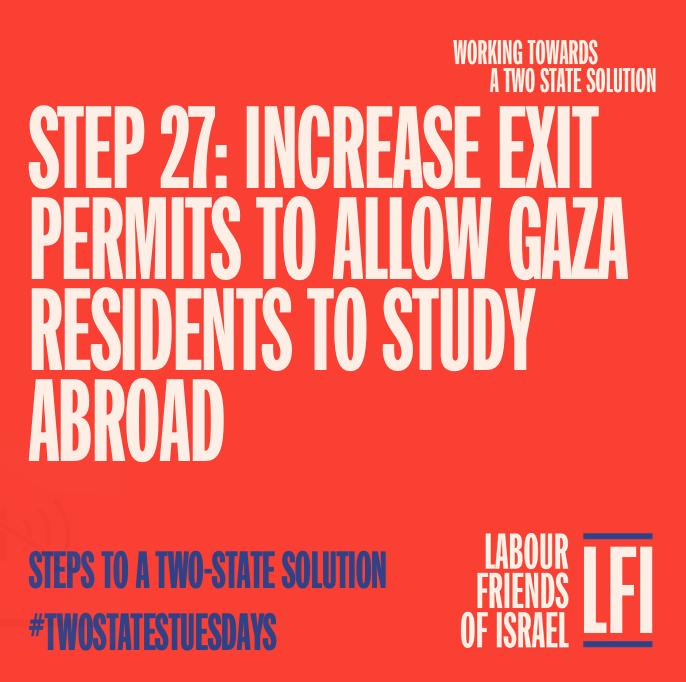 After Hamas’ 2007 coup in Gaza, and its use of the coastal enclave as a base from which to launch terror attacks into Israel, restrictions imposed by Israel and Egypt made the movement of goods and people much more difficult. Exemptions for those with work permits or requiring medical treatment – part of a wider “exceptional humanitarian cases” dispensation – are available, and students enrolled in undergraduate and postgraduate studies, as well as those enrolled in engineering and other technical certification programmes, are eligible for permits allowing them to transit through Israel for studies abroad. (Prior to the imposition of restrictions, more than 1,000 Palestinian students left Gaza each year to take up educational studies).

However, Palestinian young people often struggle to attain exit visas (or to attain them in a timely fashion) in order to take up opportunities to study abroad. Indeed, students are often subjected to a bureaucratic maze by which they have to attain visas to enter the country they’re studying in; exit visas from Gaza (obtained from Israel via an application made by the Palestinian Civil Affairs Committee); and potentially Jordanian transit visas (students are required to travel from Gaza to Jordan and then pick up international flight connections in Amman). For potential female students, the situation is further complicated by Hamas laws which allow male relatives to block unmarried women from travelling abroad.

Israel has legitimate security concerns but, subject to individual security screening, the number of exit permits to allow Gaza residents to study abroad should be dramatically increased and more efficient systems put in place to process them.

Greater educational opportunities for young Palestinians – together with the resulting economic benefits – benefit both Palestinians and Israelis, easing the environment of poverty and hopelessness in which extremism and violence can flourish.

A Palestinian Student Wants a Visa to Europe? Let Him Do Research in Gaza

More Gaza’s now allowed to travel abroad via Israel, but there’s a catch