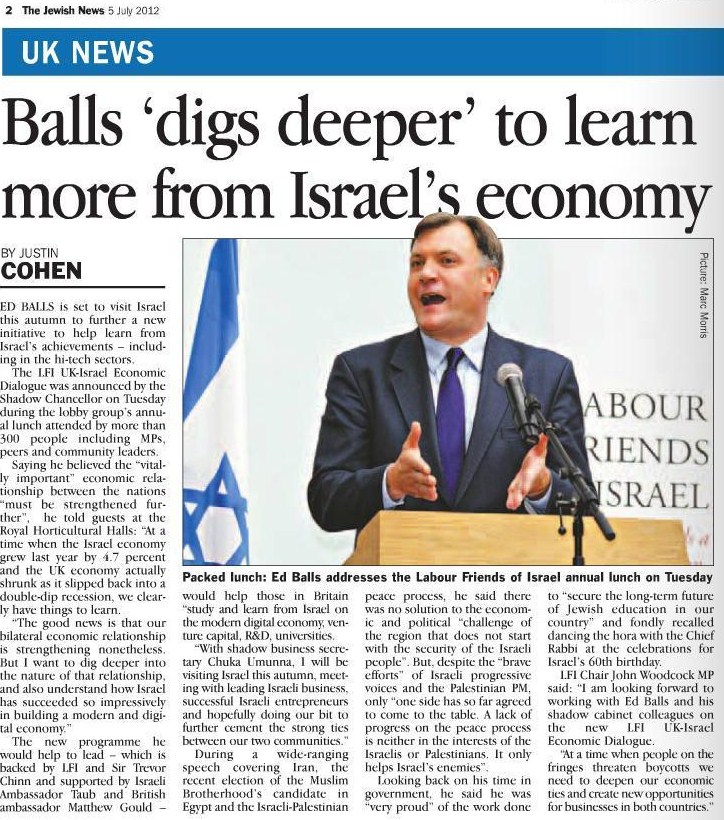 The Shadow Chancellor of the Exchequer, Rt Hon Ed Balls MP, addressed the LFI Annual Lunch on Tuesday (3 July) and called for stronger bilateral relations and deeper economic ties between Britain and Israel. The Shadow Chancellor announced that he will be “launching and leading a LFI UK-Israel Economic Dialogue… to dig deeper into the nature of our bilateral relationship, and also to understand how Israel has succeeded so impressively in building a modern and digital economy.” Backed by Sir Trevor Chinn, and Ambassadors Matthew Gould and Daniel Taub, Ed confirmed that he will be visiting Israel in the Autumn, with senior cabinet colleagues, to engage with Israel’s thriving high-tech sector, and to consolidate the strong ties that exist between Israeli and UK businesses.
The Shadow Chancellor also reaffirmed Labour’s commitment to establishing peace, security and stability for Israelis and Palestinians. He asserted that:

“Those who want to destroy this great nation, who do not recognise its progressive values and question its right to succeed, we say to them: ‘You will not succeed – never again shall the Jewish people be forced to run from tyranny’…. We all pray for a secure and stable Israel – alongside a viable and prosperous independent Palestinian state.” (03/07/12)

Ed Balls also highlighted recent regional developments impacting upon Israel’s security, including the resurgence of rocket attacks, the electoral success of the Muslim Brotherhood and the Iranian regime’s nuclear threat and its links to Hamas and Hezbollah. He added that “there is no solution to the economic and political challenge of the region that does not start with the security of the Israeli people.” 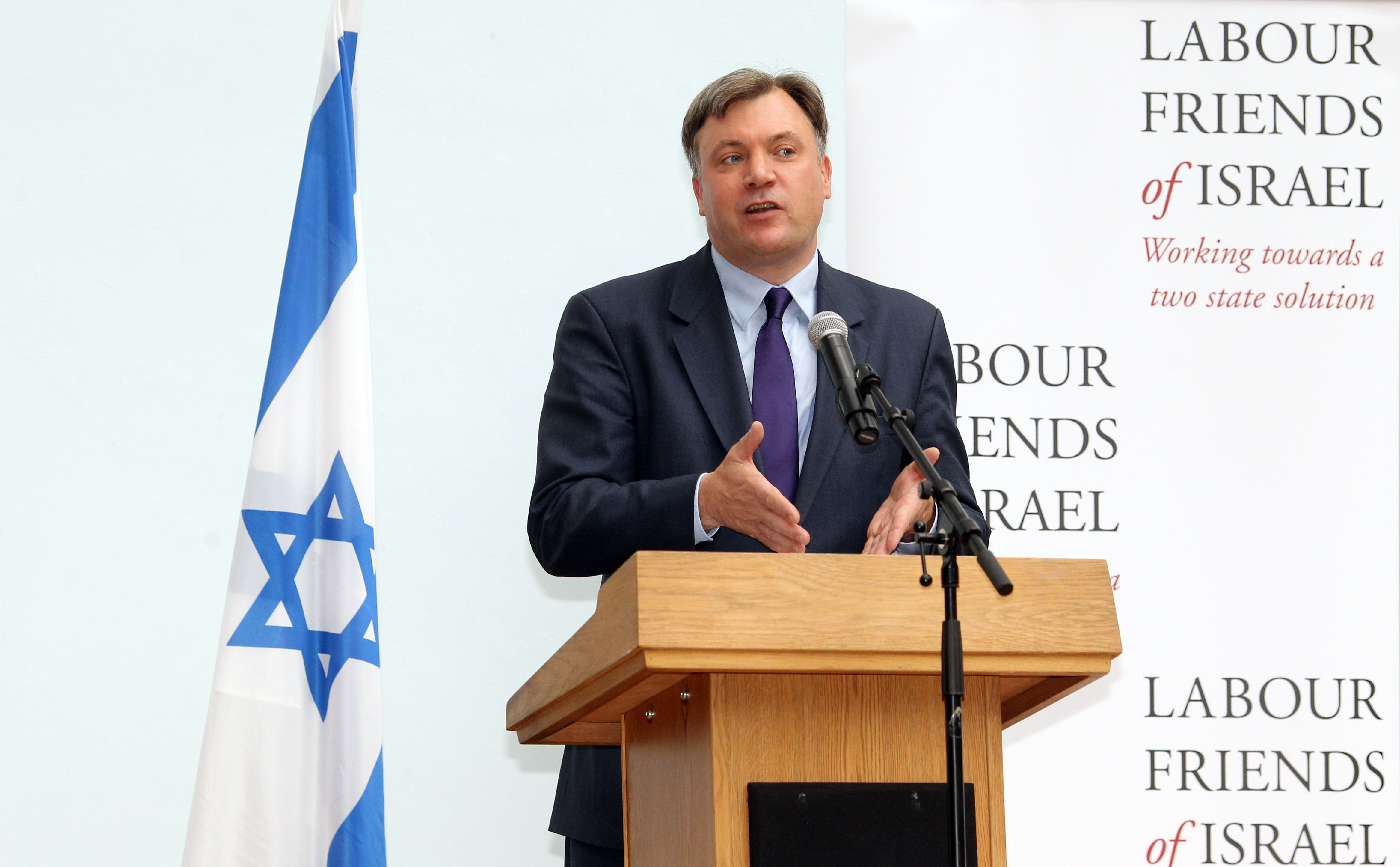 “We were delighted to host Ed Balls and so many important figures from across the Labour movement and beyond, and we are proud that the event was a success. I am looking forward to working with Ed Balls and his shadow cabinet colleagues on the new LFI UK-Israel Economic Dialogue that the Shadow Chancellor launched at the Labour Friends of Israel Annual Lunch.

“At a time when people on the fringes threaten boycotts we need to deepen our economic ties and create new opportunities for businesses in both countries.

“We are immensely proud that so many of our supporters joined us to send out the message, loud and clear, that we are Labour Friends of Israel because Israel was founded on, and remains steeped in, the values that brought us into progressive politics.” (03/07/12)