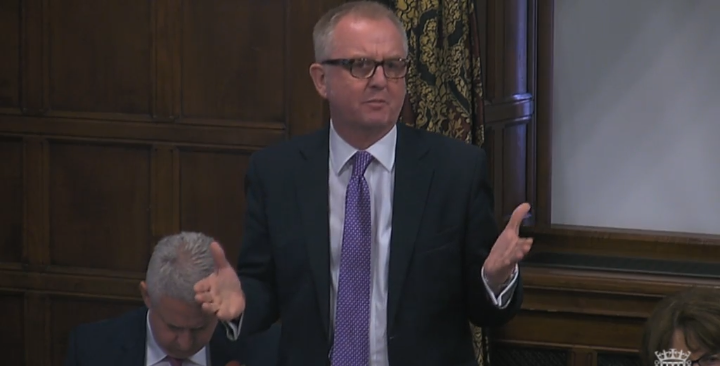 Labour MPs hailed Britain’s contribution to the creation of the State of Israel in a Westminster Hall parliamentary debate this week. MPs were debating the 1917 Balfour Declaration, when Britain declared its support for the establishment of a Jewish national homeland in the land of Israel, ahead of its 100th anniversary next week.

Louise Ellman MP, LFI vice-chair, noted that “the Balfour Declaration marked a milestone in the Zionist movement’s struggle to secure Jewish self-determination in the land of Israel, where the Jewish people have roots that go back 3,000 years.”

LFI parliamentary supporter Ivan Lewis MP celebrated Balfour’s recognition of Jewish rights. “The Balfour Declaration was right,” he said, “because it laid the foundations for the recognition that the Jewish people had a right to self-determination in their own country—the true definition of Zionism.”

Mr Lewis noted that those who use ‘Zionism’ as a term of abuse reject this fundamental premise and “do not really believe that Israel has a right to exist.”

The MP for Bury North also sadly noted that anti-semitism is still present in Britain, noting that the Labour party itself “has serious questions to answer” on the issue. This was salient to a debate on Israel, he said, because “for many Jews around the world, Israel is the safety net that gives meaning to the phrase ‘Never again’.” He continued: “The reality is that contemporary anti-Semitism is predominantly tied up with attacks on Israel that cross the line in their use of anti-Semitic rhetoric and imagery.”

LFI parliamentary supporter Ian Austin MP hailed Labour’s historic support for the Jewish state. Quoting Harold Wilson, Mr Austin said it would not have been possible “for a political party to be more committed to a national home for the Jews in Palestine than was Labour”.

The MP for Dudley North also emphasised the long history of Arab rejectionism, noting historic Arab refusals to accept the State of Israel in any borders. “We should remember that the original UN partition plan of 1947 proposed a Palestinian state alongside Israel. The great tragedy is that, instead of allowing that to be established at the same time, five Arab countries chose to invade Israel on day one.”

Louise Ellman also noted the infamous ‘Three Nos’ of Khartoum, where the Arab League declared “no peace with Israel, no recognition of Israel, no negotiations with it” after the end of the Six Day War. “The reason for the occupation was Israel surviving the war of 1967, which was unleashed by Arab forces”, said Ms Ellman. Ms Ellman noted Palestinian rejections of offers of statehood “at Camp David in 2000 and Taba in 2001 and Ehud Olmert’s offer in 2008”.

She further stated that the way to resolve the conflict was through direct negotiations to “secure two states for two peoples, Palestine and Israel”.

Ian Austin argued that the path to peace required reconciliation and peace-building measures: “Instead of boycotts, sanctions and other measures that drive people apart,”, he said, “the answer [is] to promote dialogue, build trust, encourage negotiation, and promote economic development, trade and investment in the West Bank”.