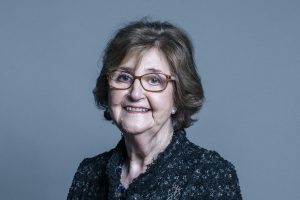 Labour Friends of Israel Lords chair, Baroness Ramsay of Cartvale, has written the below article for Jewish News. Click here to read the original.

Joe Biden’s campaign for the presidency, and his approach since taking office, demonstrate a progressive, pro-Israel agenda which Labour should study carefully as it seeks to craft its own policies towards the Middle East.

In recent weeks, as he worked to bring the terrible violence which broke out in Israel and Gaza to a swift close, we have seen the virtues of this approach. In place of rhetorical grandstanding, the President used his credibility with the Israeli government to engage in quiet diplomacy thus helping to broker a ceasefire. His rejection of megaphone diplomacy may not bring the acclaim of social media, but it delivers results.

And, in his limited public comments, President Biden also delivered some truths about the violence that are too often forgotten: that it is possible to both believe that a nation under terrorist rocket attack has the right to defend itself and that the only long-term answer to the conflict is a two- state solution. Moreover, he also recognised that, throughout the last seven decades, there has been one unchanging and inescapable fundamental reality: “Until the region says, unequivocally, they acknowledge the right of Israel to exist as an independent Jewish state, there will be no peace.”

As I outline in my contribution to LFI’s new pamphlet “The New Middle East: A Progressive Approach”, President Biden’s credibility with, and influence in, Israel – the two features are intimately linked – rests upon decades of staunch support for the Jewish state. The President’s Zionism is both principled and deep-rooted. It was sown in dinner conversations when he was growing up and his Irish-Catholic father explained to his children that the establishment of a state for the Jewish people was the only way to fulfil the promise of “never again” after the tragedy of the Holocaust.

Throughout his nearly five decades in Washington, President Biden has repeatedly shown an understanding of the link between antisemitism and anti-Zionism and the fact that a safe, strong and secure Israel stands as the ultimate safeguard against a repeat of the horrors of the Shoah.

What is perhaps most impressive about his commitment to Israel is that – even as his campaign appeared to founder during the early part of the primary season last spring – he refused to pander to left-wing activists who wanted the Democrats to weaken their party’s historic backing for the Jewish state.

Critically, he opposed calls to withhold or condition security assistance to Israel and spoke of his “unbreakable commitment to Israel’s security”. Nor did the President hedge or caveat his unequivocal opposition to BDS, pledging to oppose it and other “efforts to delegitimise Israel on the global stage”.

He has long understood, moreover, that a two-state solution is key to Israel’s safety and maintaining the most precious elements of its character, calling it in 2019 “the only way to ensure … its Jewish and democratic identity”.

Eschewing the approach of both his predecessor and the hard left, the President recognises that those who are genuinely committed to a two-state solution must adopt a policy of even-handedness grounded in an understanding of the complexities of this tragic conflict. As the former US ambassador to Israel, Dan Shapiro, has suggested, President Biden believes that the best way to pursue two states is “not through threats and ultimatums but through vigorous diplomacy”.

President Biden knows too that Trump’s attitude towards the Palestinians – severing links with their leadership while cutting off all but a trickle of humanitarian assistance – was both cruel and counterproductive. In office, he has formally recommitted the US to a two-state solution, restored vital covid-19 assistance to UNRWA, and is allocating funding for security assistance to the PA and economic development and peace-building programmes in the West Bank. In the wake of the fighting between Israel and Hamas, the President is also working with other nations to assemble a “major package” to rebuild Gaza, while making clear that that aid will not benefit Hamas and that he views Mahmoud Abbas as the leader of the Palestinian people.

President Biden is clear-eyed, though, about the PA’s failings: he’s faulted Abbas for failing to seize past opportunities to make peace; demanded the PA “acknowledge, flat-out, Israel’s right to exist – period – as an independent Jewish state and guarantee the borders”; and shown an understanding – too often absent from discussions about the failure to achieve a two-state solution – of the pernicious part played by the PA’s support for incitement to violence. He has, therefore, previously backed the Taylor Force Act which bars most direct aid to the PA while it continues its “pay for slay” policy.

Undoubtedly the knottiest issue confronting him in the Middle East is Iran. The President has rightly recognised the failure of Trump’s “maximum pressure” campaign which splintered the international coalition and led to a dramatic shrinking in the “breakout” time needed by the Islamic republic to amass enough enriched uranium to fuel a nuclear weapon.

But, as his campaign pledge to return the US to a “stronger and longer” nuclear deal suggested, he also understands the flaws in the original 2015 agreement, flaws which led to understandable Israeli unease. The President is right to want to address the “sunset” clauses in the JCPOA which, when they expire, will allow Iran to resume some banned nuclear enrichment activities. He has also made clear that he wants a new agreement to address Tehran’s ballistic missile programme, its support for terrorism and its use of proxy armies and militias to project power and influence far beyond Iran’s borders in Lebanon, Syria, Iraq and Yemen.

For all of Iran’s threats and blustering, throughout the current Vienna talks aimed at reviving the nuclear deal, President Biden has held firm to his line that Tehran can expect no sanctions relief until a deal is struck.

The President has, of course, not yet been in office for six months but he is already demonstrating how a US administration should approach the search for a two-state solution. In so doing, President Biden is showing just what it means to be a pro-Israeli progressive. As he himself once argued: “There is no contradiction between being progressive and being a supporter of Israel.”