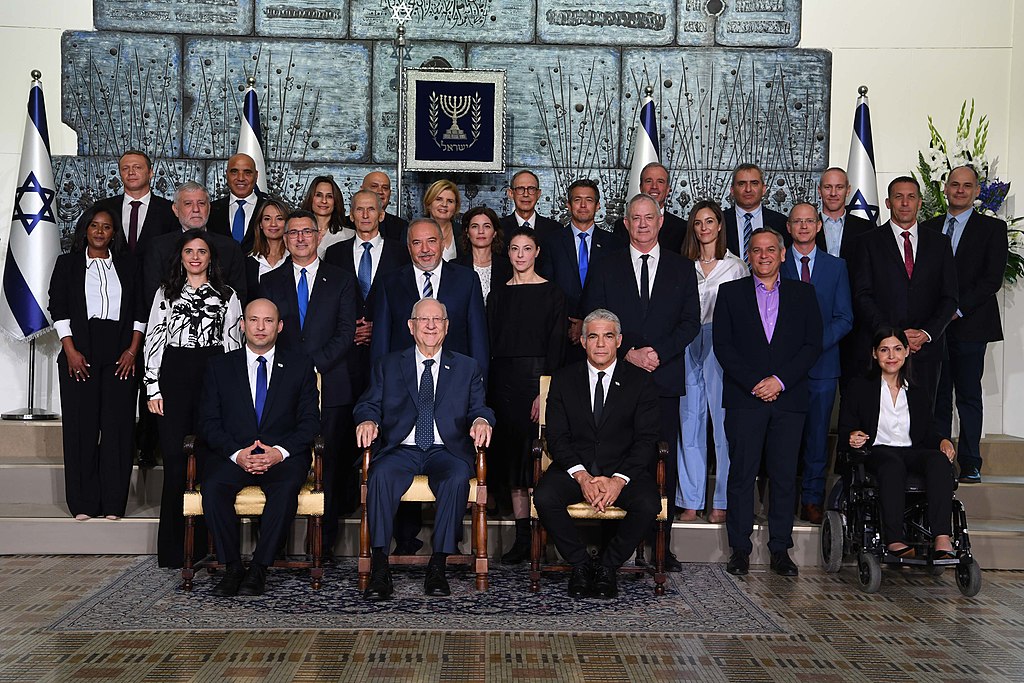 Labour Friends of Israel director Michael Rubin has written the below article for ZF Connect. Click here to read the original.

If Abraham Lincoln’s Cabinet was famously “a team of rivals”, it is difficult to know how to describe that of Naftali Bennett. While Israel’s highly proportional electoral system has on occasion forced some strange bedfellows into government together, it is difficult to think of a coalition as ideologically disparate as that which took power over the summer. A government led by Bennett would once have been the stuff of nightmares for many on the left, but I am optimistic about the prospects of the new “government of change”.

Of course, the new government chiefly coalesced from a desire to displace Netanyahu from office. That desire was the right one. He may have earned a place in the history books as Israel’s longest-serving Prime Minister, but Netanyahu’s legacy is not a positive one. He has left the Jewish state more divided at home. He has bequeathed a politics and public debate more coarse and toxic. And, by his cosying up to the Republican Party and President Trump, he has damaged the bipartisan consensus in Washington which is so vital to Israel’s security.

The new government’s ideological diversity – so key to ejecting Netanyahu – is now a potential source of strength. The Israeli writer Yossi Klein Halevi has rightly labelled it a “coalition of the courageous”. “Each leader who has led his or her party into this strange and unwieldy government has taken a risk,” he wrote in June. “The hard left Meretz has empowered the hard right Yamina, and Yamina has enraged much of its base by partnering with Meretz. Yisrael Beitenu, which not long ago accused Arab Israelis of treason, has embraced the Islamist party, Ra’am, as a coalition partner; and Ra’am, whose founding charter calls Zionism racism, has joined a Zionist government.”

I take particular pleasure that two of the British Labour’s sister parties, HaAvoda and Meretz,
are now back in government. Under the inspiring leadership of Merav Michaeli, who now serves as Transport Minister in the new administration, the Israeli Labour Party has been politically revitalised and, after a series of disappointing election results, appears to be on the path to recovery.

Michaeli’s call during March’s election for a “pink-collar revolution” and pledges to invest “in the women who work as caregivers in Israel: the teachers, nurses, social workers, psychologists in the public service, all the women doing the emotional labour” helped the party to win more seats than it gained when it ran jointly with Meretz in the March 2020 election. Her “feminist social democracy” was fleshed out with clear policy proposals to change the world of work by shortening the working week from 42 to 37 hours, equalising paternity and maternity rights with a full year of parental leave, and better coordinating the school year with work schedules. This was supplemented by plans to provide all citizens with free education, from age one to university. Polling during the campaign suggested that up to 70% of the party’s prospective votes may have come from women.

Michaeli’s still-early leadership of Labour (she only took the helm in January) may thus provide a model for other ailing and written- off social democratic parties which are struggling to define their vision and purpose. Meretz is also back in government for the first time in 20 years. Its leader, Nitzan Horowitz, has become the Health Minister, while Issawi Frej – only the second Israeli-Arab to serve as a minister – heads the Regional Cooperation Ministry.

Frej’s appointment underlines another of the new government’s strengths: its diversity. Alongside Michaeli, it has, for instance, a record number of female ministers. It is also the first time that an Israeli-Arab party has chosen to formally participate in an Israeli government.

Like many progressives, I disagree fundamentally with Ra’am’s social conservatism and abysmal record on LGBT+ issues. However, I hope that its participation in the government will help to tackle some of the deeply entrenched inequalities faced by Israeli-Arabs: the new government will, for instance, invest an unprecedented $16bn in Arab communities over the next few years. I also hope that it will pave the way for other Israel-Arab parties to play a greater role in Israel’s governance in the future. Of course, for those of us on the frontline of the battle against hard-left anti-Zionism, the sight of Israeli-Arabs taking their place at the heart of the Middle East’s healthiest liberal democracy is another powerful rebuttal to the pernicious apartheid lie.

The coalition agreement suggests that the new government’s domestic agenda will have
many elements, including an ambitious programme to tackle climate change and big increases in investment in public transport which much of the left will welcome. Despite the opt-out secured by Ra’am, the government’s pledge to use “all the tools at [its] disposal to advance the gay community’s rights” is similarly welcome.

Deep divisions mean that the government is unlikely to be able to agree any radical moves on the conflict between Israel and the Palestinians. However, Yair Lapid, the Foreign Minister and alternate Prime Minister, has signalled a more constructive approach than that adopted by the outgoing government. “We might not be expecting a final status agreement soon but there is a lot we can do to improve the lives of the Palestinians and the dialogue with them on civil issues,” he argued soon after taking office. This aspiration is symbolised by the government’s efforts to revise the Oslo-era Joint Economic Committee, which aims to promote economic progress and remove obstacles to the Palestinian Authority’s economic activity, but which hasn’t met since 2009.

More widely, we have already seen a number of positive developments in Israel’s foreign policy. Lapid has, for instance, reversed the Netanyahu’s government’s barely concealed contempt for the EU and Joe Biden’s Democratic party, and has made a concerted effort to reach out to both. Yes, some European governments have consistently adopted a hostile approach towards Israel, but abandoning the rest of the EU to focus on the likes of the Orban government, with its dog-whistle antisemitism, was not only immoral but also counterproductive. Lapid’s desire to align Israel with mainstream European liberal democracies is the right one.

Closer to home, Bennett and Lapid have made a concerted attempt to reduce the tense relationship between Israel and Jordan, agreeing to increase the Jewish state’s water sales to the Hashemite Kingdom, whilst also concluding an agreement to vastly increase Jordan’s potential exports to the West Bank. Bennett’s meeting with King Abdullah in June was the first between an Israeli Prime Minister and the monarch in over five years. Defence Minister Benny Gantz’s repeated offers of assistance to crisis-struck Lebanon – including a proposal for humanitarian aid via the UNIFIL peacekeeping mission – underline this welcome shift in tone.

There will inevitably be elements to this new government that the left will dislike – as will Bennett and Gideon Sa’ar’s supporters. But the sight of politicians compromising and seeking to advance goals where a broad consensus exists is an unusual – and positive – one in the current, highly polarised political era. After four elections in two years, Israelis may just come to appreciate it.