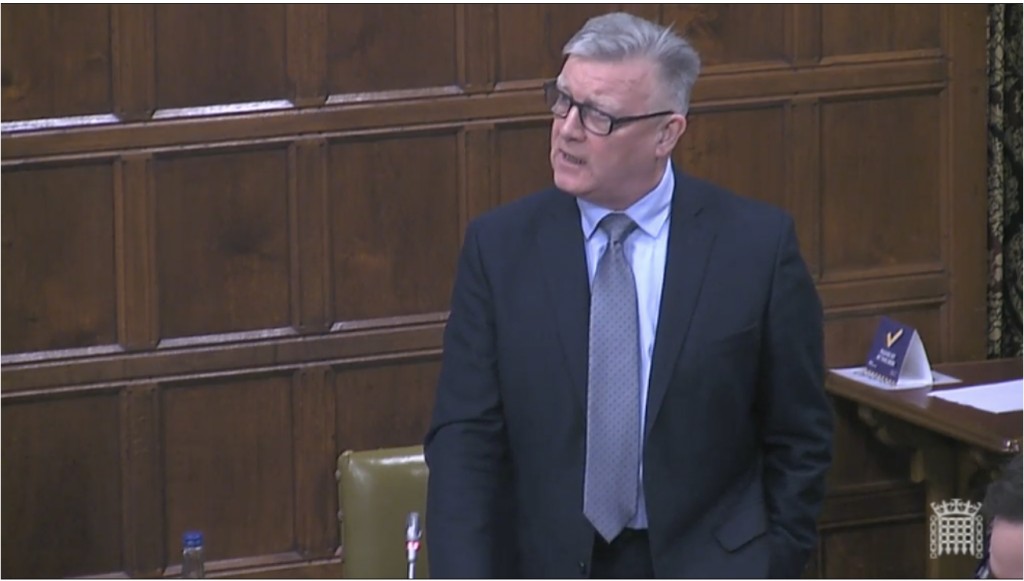 During the debate Steve McCabe explained that “not only does Iran support terrorist groups and foment unrest across the middle east, but its strategic aim is an arc of influence from Tehran to the Mediterranean Sea and the border with Israel”.

Steve told the debate that “Iran is absolutely clear about its objective. Its supreme leader said in 2015 that it was his intention that Israel be destroyed within 25 years, with or without a nuclear agreement. Iran’s ideology is simply riddled with a hatred of Jews”.

With reference to the JCPOA nuclear deal and President elect Joe Biden’s policy to rejoin the deal provided Iran returns to strict compliance, Steve said, “we need a stronger and longer arrangement, which must include Iran’s terrorist activities and ballistic missile programme”.

He also called for the Islamic Revolutionary Guard Corps to be proscribed, calling it “a terrorist organisation” that “should not be allowed to operate anywhere in Europe, let alone in this country”.