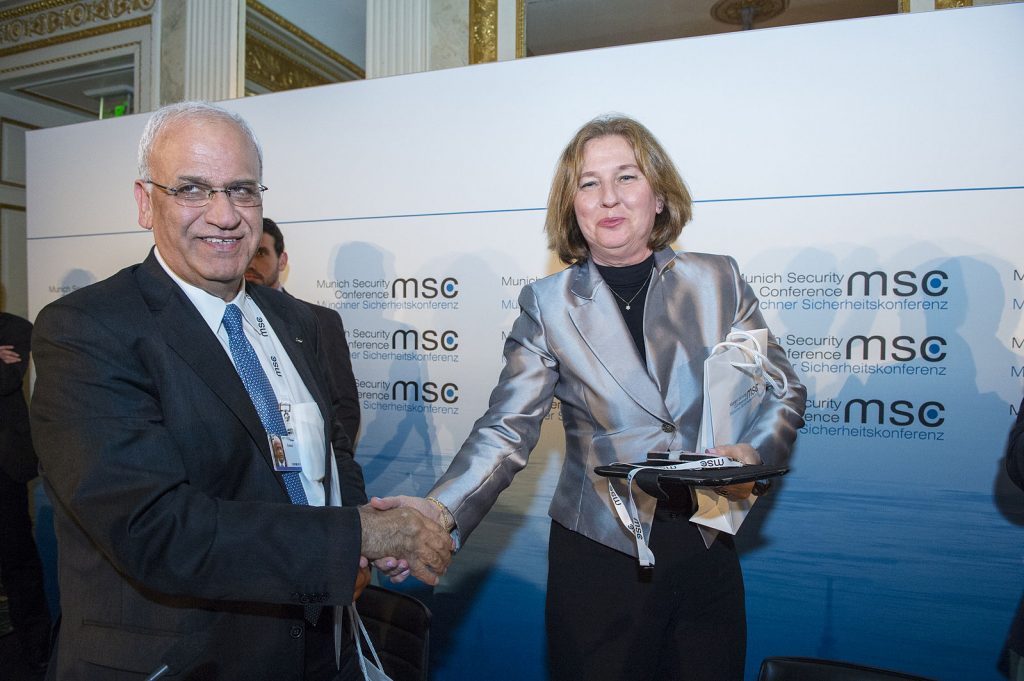 Saeb Erekat, who helped negotiate the Oslo Accords, died yesterday of covid-19. He passed away at Jerusalem’s Hadassah Medical Centre, to which he had been transferred last month after testing positive for the illness. Erekat, who was 65, underwent a lung transplant three years ago and doctors said treating him was a “huge challenge” because he had a “weakened immune system and bacterial infection, in addition to coronavirus”. Erekat was a veteran Palestinian peace negotiator, who played a key role in helping conclude the landmark 1993 Oslo Accords. The Palestinian president, Mahmoud Abbas, declared three days of national mourning in the Palestinian territories. “Saeb Erekat spent his life as a fighter and a steadfast negotiator defending Palestine, its cause, its people, and its independent national decision,” Abbas said.

The former Israeli foreign minister, Tzipi Livni (pictured with Erekat), who faced the PLO secretary-general across the negotiating table on numerous occasions, also paid tribute to Erekat: “Saeb dedicated his life to his people. Reaching Peace is my destiny he used to say. Being sick, he texted me: ‘I’m not finished with what I was born to do.’ My deepest condolences to the Palestinians and his family. He will be missed.” Erekat said on 8 October that he had been diagnosed with covid-19 and was treated in a hospital in his home town of Jericho. He was transferred to Jerusalem, the city of his birth, when his conditional deteriorated. As well as being chief negotiator, Erekat served as the Palestinian Authority minister for local government.
Read full article