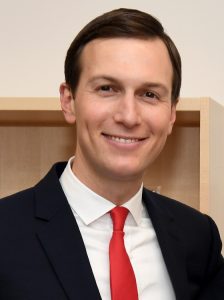 The Trump administration is believed to be seeking to slow the process of Israel annexing parts of the West Bank, according to Israeli media reports. On Monday, Benjamin Netanyahu held a conference call to discuss the implementation of the administration’s peace plan – including its provisions to allow Israeli to annex up to 30 percent of the West Bank – with Trump’s son-in-law and senior adviser Jared Kushner. Quoting a senior Israeli source, Channel 13 reported afterwards that the US “want to downplay the enthusiasm” for imminent annexation – “to greatly slow the process” – because the administration is preoccupied with the coronavirus crisis, its economic impact and the nationwide protests rocking US cities.

According to reports in the Times of Israel today, the US is “highly unlikely” to back Netanyahu proceeding with steps towards annexation after 1 July because the work of a joint US-Israel mapping committee – which is tasked with delineating the exact borders of the area Israel would apply sovereignty to – has been largely halted by the pandemic. It is believed that the committee may take weeks – possibly several months – before it completes its work. At a meeting with settler leaders in Jerusalem yesterday, Netanyahu said the US “may have lessened its enthusiasm about seeing sovereignty carried out”. According to Kan Radio, the settler leaders said Netanyahu has agreed in principle to negotiate the establishment of a Palestinian state, a requirement of the US plan which the White House is believed to be insisting upon.
Read full article