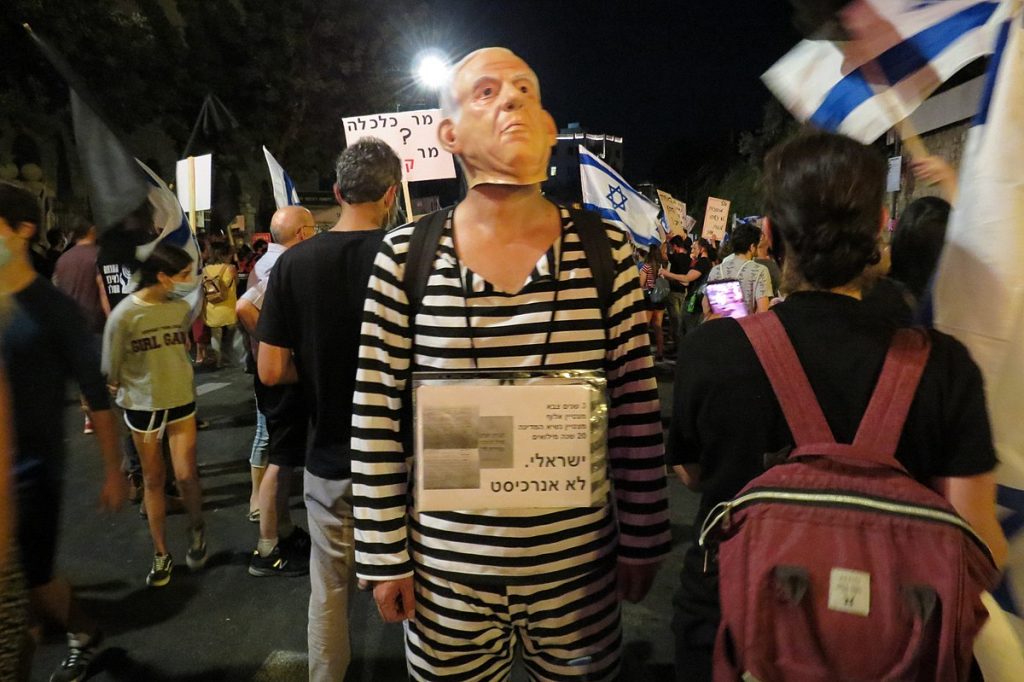 Several thousand Israelis protested outside the prime minister’s residence in Jerusalem last night calling for Benjamin Netanyahu’s resignation. The demonstration was part of a series of anti-corruption “black flag” protests directed against Netanyahu, who has been labelled the “crime minister”. There were 50 arrests as police battled a smaller number of protesters who attempted to breaks through security barriers. The protest came as a wave of demonstrations directed against the government’s handling of the coronavirus pandemic hit Israel. On Saturday, more than 10,000 people took to Tel Aviv’s Rabin Square led by the self-employed and small business owners. They were joined by students and members of the entertainment, tourism and hospitality industries. Attempting to regain its footing, the cabinet approved the first part of a £18.32bn rescue plan on Sunday, which includes grants of up to £1,723 to the self-employed and small businesses. On Monday, the government announced an extension of unemployment benefits until June 2021 and new grants for businesses. Unemployment in Israel has now hit 800,000.

A poll released yesterday by the Israel Democracy Insitute found that 75 percent of voters disapprove of the government’s handling of the pandemic, with only 29 percent suggesting they are confident in Netanyahu’s ability to tackle the crisis – down from 57 percent in early April. The prime minister’s trial on counts of fraud, breach of trust and bribery began in May. Netanyahu is the first incumbent prime minister to go on trial and, under Israeli law, even if found guilty he would not have to resign the premiership until all appeals are exhausted, a process which could take several months. Read full article