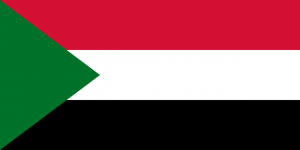 The Sudanese government voted to annul its so-called Israel boycott law on Monday, in the latest development in the two countries’ diplomatic normalisation process.

The decision to scrap the law, dating from 1958, was confirmed earlier this month by the Sudanese prime minister’s office, which also affirmed Sudan’s support for a two-state solution between Israelis and Palestinians.

The legislation had barred the establishment of diplomatic relations with Israel, as well as forbidding trade and business ties. Penalties included up to a decade in prison and weighty fines.

Unlike the UAE and Bahrain, Sudan had provided troops to fight against Israel in major Arab-Israeli wars since 1948, and previously considered Israel an enemy state.

These normalisation processes represent a significant break with the longstanding Arab consensus that has shunned diplomatic cooperation with Israel.

Following an uprising against longstanding dictator Omar al-Bashir in April 2019, Sudan has embarked upon a gradual process of fragile democratisation. Removal from the US list of state sponsors of terrorism, dating from the 1990s, was a key prize for Sudan to emerge from normalisation with Israel.