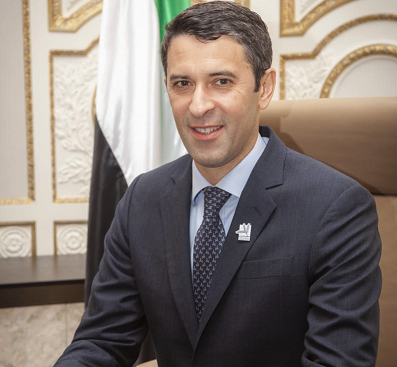 A cross-party group of members of the House of Lords welcomed the UAE’s normalisation agreement during a video call with the country’s ambassador to London last week. “We believe this is an exciting time for the UAE, Israel and the region,” Ambassador Mansoor Abulhoul (pictured) told two dozen members of the Britain-Israel Peers Group, “The commitment to a warm peace from the outset is already generating a range of substantive outcomes in trade, tourism and research. The UAE’s long-standing commitment to interfaith dialogue underpins our desire for normalisation to lead to a robust peace that is shared by both countries at the societal level.” Lord Turnberg, a Labour peer and LFI parliamentary supporter who chairs the group, said: “The UAE’s newly formalised relationship with Israel should be seen as a step toward a permanent peace between Israel and the Palestinians. The UK government, along with its allies in the Middle East, should build on this momentum by proactively working to re-establish dialogue between the two parties.” The Israeli government officially ratified the normalisation agreement with the UAE on Sunday, following its approval last week by the Knesset. It will come into force as soon as the government in Abu Dhabi ratifies the agreement, and then be transmitted to the United Nations. Israeli media has reported that Benjamin Netanyahu has banned ministers from visiting the UAE until he has made the first trip. Read full article