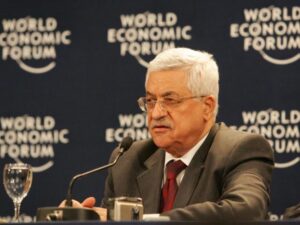 The Palestinian Authority paid out 33 times more on “salaries” to terrorists and their families than it spends on healthcare for the Palestinian people, according to new research. The analysis by Palestinian Media Watch also found that, under the PA’s “pay for slay” policy, President Mahmoud Abbas’ government spent 11 times more per capita on terror stipends than it does on education and twice as much as it does on welfare benefits.

By contrast, the total expenditure of the PA Ministry of Health was $703m and that of the Ministry of Education $954m. Given the Palestinian population of Gaza and the West Bank is 5.2m, 44 percent of whom (2.3m) are of school age, this equated to a $134 per capita expenditure on health and a $412 per capita spend on education.

PMW also accused the cash-strapped PA of prioritising terrorist salaries above welfare payments and the salaries of its own public service workers. Despite pressure from the Biden administration to scrap “pay for slay” in favour of a needs-based welfare system, the PA has vigorously defended the policy. “We cannot abandon our people,” Abbas said in a speech to the UN General Assembly in September.
Read full story