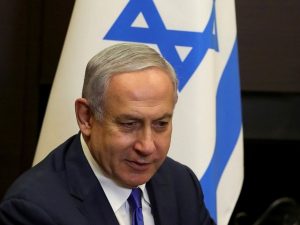 Benjamin Netanyahu is reported to be angling to dissolve his newly formed “unity government” and plunge Israel into new elections – the fourth in just under 18 months. The prime minister and his centrist coalition partner, Benny Gantz, are locked in an increasingly acrimonious dispute over the budget which some speculate Netanyahu is using as a cover to pull the plug on an administration which has been in office for less than three months. If a new state budget is not passed by 25 August, the government will be automatically dissolved. The coalition agreement between Gantz and Netanyahu stipulates that the government should pass a two-year budget, but the prime minister now says he only wants to pass a measure covering 2020. Netanyahu is due to hand the premiership to Gantz in autumn 2021 – a stipulation many believe the long-serving prime minister will attempt to find a way around. The passage of a one-year budget – or the failure to pass any budget – could allow Netanyahu to ditch Gantz and call new elections.

The Haaretz newspaper reported last week that Netanyahu had decided to seek new elections following the decision of the Jerusalem District Court to begin hearing testimony from witnesses in his corruption case on three days each week from January. The prime minister will be required to be in court and fears that the Supreme Court will back petitions which require him to stand down while he’s on trial. Netanyahu, who dismissed the report as “absurd”, is said to be keen to regain control of the Justice Ministry, which is now led by one of Gantz’s Blue and White allies. On Sunday, Netanyahu said Israel did not need new elections. “It needs a budget, as fast as possible.” The reports come as demonstrations against Netanyahu continue to grow in size. Read full article