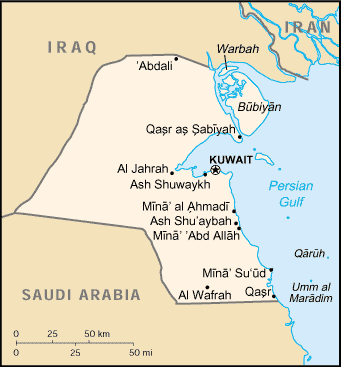 The editor-in-chief of the Arab Times newspaper has written a passionate editorial calling for Kuwait and other Gulf states to normalise diplomatic ties with Israel, ahead of Israeli president Herzog’s historic first visit to the UAE this week.

President Herzog landed in Abu Dhabi on Sunday, having flown through Saudi airspace en route – a sign of the shifting diplomatic sands in the region.

Herzog’s visit is part of the co-operation agreed in the Abraham Accords, which normalised diplomatic ties between Israel and four Arab countries, including the UAE, for the first time in 2020.

Arab Times editor-in-chief Ahmed al-Jarallah said: “Enough is enough. The camel’s back has been broken from the burden of grief we bear due to the ingratitude of the Palestinians”.

He accused the Palestinians of “encouraging terrorism against us, issuing calls to kill us” and called on “all the Gulf states should normalise relations with Israel due to the fact that peace with this most advanced country is the right thing to do. Let the foolish fend for themselves”.

The unusual intervention follows anger from a number of Gulf states over the Palestinian position on the Iranian-backed Houthi rebels in Yemen, who have fired a number of drone and missile strikes against Saudi Arabia and the UAE in recent weeks.

Since the Abraham Accords were agreed in 2020, Israel and the UAE have seen a blossoming of diplomatic, economic and military cooperation.