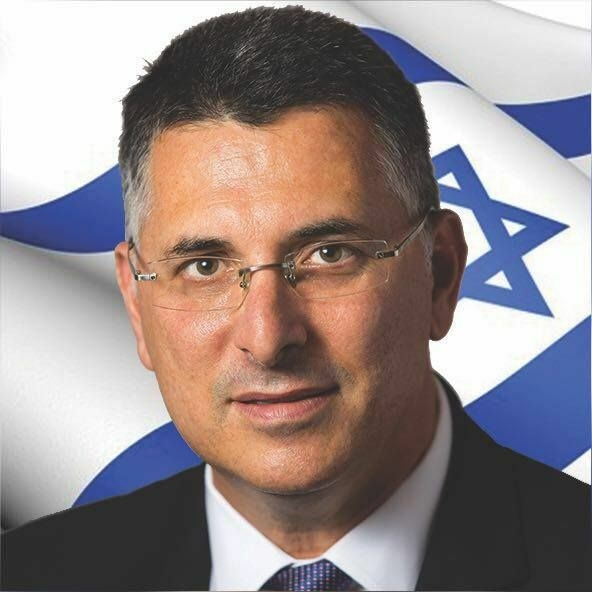 The Knesset appears on track to dissolve next Tuesday, triggering the fourth round of Israeli elections in a little under two years. Negotiations between Likud and Blue and White – the two largest parties in the country’s “unity government” – to resolve a long-running budget dispute appear to have collapsed. If a budget for 2020 isn’t passed by 23 December, the Knesset will automatically dissolve. As the prospects of an election grow, the political landscape is being shaken by former minister Gideon Sa’ar’s (pictured) decision to quit Likud last week and form a new party. Likud MK Yifat Shasha-Biton this week became the third sitting member of the Knesset besides Sa’ar to join New Hope, which is soaring in the polls.
In breach of the coalition agreement which brought Benny Gantz’s centrist party into government in the summer, Benjamin Netanyahu is refusing to pass a budget for 2020 and 2021. Critics say the prime minister doesn’t want a two-year deal so he can trigger a crisis over next year’s budget, bring down the government, and avoid handing the premiership to Gantz next autumn, as was also stipulated by the coalition agreement.
Polls show New Hope winning 21 seats in an election, just six behind Likud. The survey for Channel 12 showed opposition leader Yair Lapid’s Yesh Atid-Telem on 14 seats, with 13 for the hard-right Yamina party, 11 for the Israeli-Arab Joint List, eight each for the ultra-Orthodox Shas and United Torah Judaism parties, and six each for Blue and White, anti-Netanyahu right-winger Avigdor Liberman’s Yisrael Beytenu party and the left-wing Meretz party.
Blue and White’s collapse in the polls has prompted speculation that foreign minister Gabi Ashkenazi, a close ally of Gantz, is preparing to quit the party.
Read full article