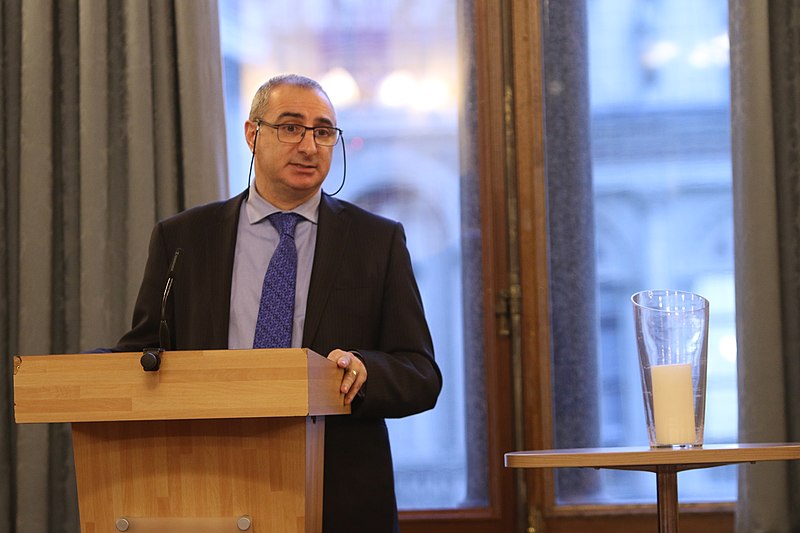 The first-ever Israeli ambassador to the United Arab Emirates arrived in Abu Dhabi on Sunday following the signing of last summer’s Abraham Accords. The move came as the UAE cabinet approved the decision to open an embassy in Tel Aviv. Senior diplomat Eitan Na’eh (pictured), who has previously been posted to the Israeli Embassy in London, will serve as charge d’affaires in the UAE until a permanent ambassador is appointed. A temporary Israeli embassy and a skeleton staff is expected to expand in the coming weeks and move to a larger permanent site. A consulate will also be opened in Dubai. “We are the feet on the ground in terms of learning, exploring, and integrating,” Na’eh told the Times of Israel on his arrival. “We are preparing the ground. It will happen very quickly.” The Israeli Foreign Ministry said the new embassy “will advance the range of relations between the countries in all areas and expand ties with the Emirati government, economic bodies and the private sector, academia, media and more”. Na’eh underlined that message, emphasising the economic benefits to Israel: “The UAE is an opening to a huge market, huge ports, with very big free trade zones,” said Na’eh. “There are huge advantages for Israeli trade, be it imports and also exports, for lowering the cost of living.” After the conclusion of the normalisation agreement between Israel and the UAE last August, three more countries – Bahrain, Sudan and Morocco – joined the accords. “Opening the mission will allow the expansion of bilateral ties between Israel and the UAE for maximum and speedy realisation of the potential in those relations,” the outgoing Israeli foreign minister Gabi Ashkenazi said. An Israeli mission in Rabat will reopen shortly. Read full article