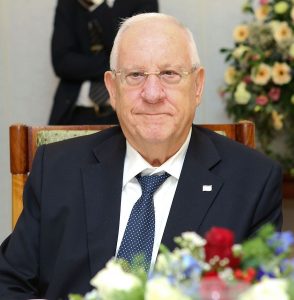 Reuven Rivlin led the congratulations on Joe Biden’s victory, and invited the president-elect to visit Jerusalem. In an English-language video, the Israeli president wrote: “Mr President-elect, I was pleased to welcome you to Jerusalem as vice president and I look forward to welcoming you to Jerusalem as president of the United States. As a longstanding friend of Israel, you are now going to be the leader of the free world and of Israel’s closest and most important ally.” Defence minister Benny Gantz was the first senior member of the government to offer his congratulations to Biden and the vice-president-elect Kamala Harris. “I am certain that the long-standing special relations between our countries will continue forward and expand further under their leadership,” Gantz said. “The ties between Israel and the US run deep, and are grounded in values and interests that we have shared for decades.”

In his congratulatory statement,  Benjamin Netanyahu pointed to his long-standing friendship with Biden. “I have a long and warm personal connection with Joe Biden for nearly 40 years, and I know him as a great friend of the State of Israel. I am certain that we will continue to work with both of them in order to further strengthen the special alliance between Israel and the US,” the prime minister said. But while Netanyahu went on to thank Donald Trump for his support for Israel, foreign minister Gabi Ashkenazi’s message pointedly made no reference to the outgoing president. Opposition leader Yair Lapid criticised Netanyahu for the delay in congratulating Biden, calling it “cowardly and shameful”. Read full article