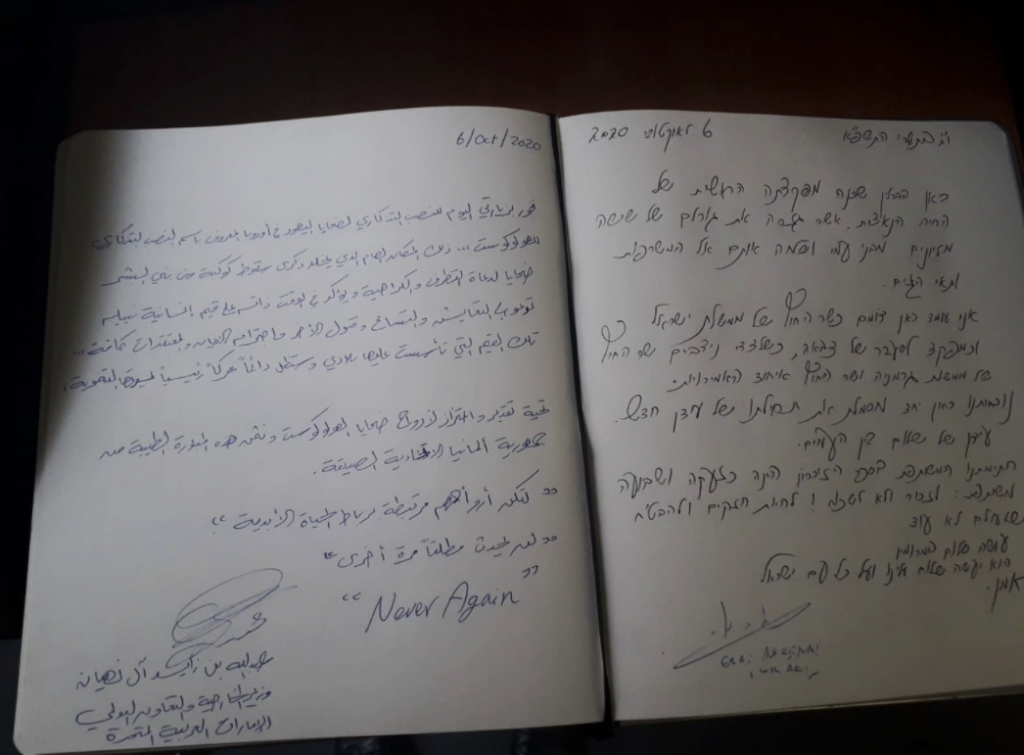 Israel’s foreign minister urged the Palestinians to “return to the negotiating table” this week. Gabi Ashkenazi was speaking after his historic first meeting with the United Arab Emirates foreign minister, Sheikh Abdullah bin Zayed al-Nahyan, in Berlin on Tuesday. “Only through direct negotiations can we advance a solution for the conflict,” Ashkenazi, a member of the centrist Blue and White party said. “So long as we delay these discussions, we will pass on to the next generations a more difficult and complicated reality.” Ashkenazi and bin Zayed met with the German foreign minister, Heiko Mass, to discuss progress since the signing last month of the Abraham Accords, which normalised relations between Israel, the UAE and Bahrain.
“It is a great honour that the Israeli and Emirati foreign ministers have chosen Berlin as the location for their historic first meeting,” Maas said. Describing the peace agreement as “courageous,” Maas said that now is “an opportunity for new movement in the dialogue between Israel and the Palestinians”. Ashkenazi and bin Zayed also visited Berlin’s Holocaust memorial, which the Israeli foreign minister called a “historic moment”. In the visitors’ book (pictured), bin Zayed called the site “a witness to the fall of a group of human beings who were victims of advocates of extremism and hatred,” adding the words “Never Again” in English. Read full article